Spain’s Sener has completed the first synchronisation to grid of ACWA Power’s 150 MW Noor Ouarzazate III (Noor III) central tower plant in Morocco and will soon start final tests before commissioning, Sener announced September 26. The Noor III plant is equipped with 7.5 hours of molten salt storage capacity and is expected to be commissioned by the end of 2018.

Noor III is the third CSP plant in the Noor Ouarzazate complex and the first tower plant. The 160 MW Noor I and 200 MW Noor II parabolic trough plants are already operational. 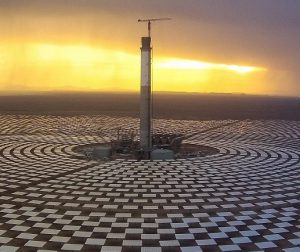 Sener is responsible for the basic and detailed engineering of Noor III, the supply of thermal storage system equipment, engineering and construction of the solar field and molten salt receiver, and decommissioning of the plant.

The Noor I and Noor II plants use Sener parabolic trough technology and the Spanish company was part of the turnkey build consortium for those projects.

«With its visionary investment in solar power, MASEN has secured a clean, sustainable and manageable power supply for Morocco, while developing the national industry,” Raisuni said.