The inauguration of the 160MW Noor-1 concentrated solar power plant in Morocco has been postponed for unspecified reasons.

The CSP plant was scheduled to be inaugurated by King Mohammed VI of Morocco on Sunday. 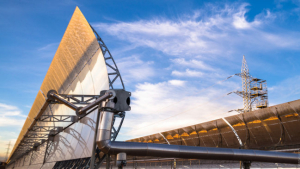 Part of the project would eventually be the world’s largest concentrated solar power production facility and is expected to help the country reduce greenhouse gas emissions.

The communications agency that organized the inauguration of the plant on behalf of Moroccan solar energy agency Masen denied to give any specific reasons for the last-minute delay, reported AFP.

Around €600m were invested by several sponsors to build the solar plant spread across 30km2 in Ouarzazate region.

Al Jazeera cited Moroccan Agency for Solar Energy head Mostafa Bakkouri as saying that the project’s next phases, Noor 2 and Noor 3, are to follow in 2016 and 2017, and a call for tenders is open for Noor 4.

According to the builders of the farm, Noor is expected to generate a total of 580MW of energy and is likely to provide electricity to a million homes.