The Chinese got it. So did the Ancient Greeks and Romans.

The Chinese got it. So did the Ancient Greeks and Romans. Long before the advent of modern photovoltaics and solar grids, these forward thinkers were finding ways to harness the sun’s energy — present in infinite supply — and use it to heat their homes and baths, and even to cook their food.

In his new book, Let It Shine: The 6,000-Year Story of Solar Energy (New World Library, 2013), UC Santa Barbara
physicist John Perlin journeys back to the time of the Stone Age Chinese — who constructed dwellings that took full advantage of the sun’s winter rays — to provide a comprehensive history of solar energy. Moving forward, he introduces a host of scientists and luminaries, including Socrates, Galileo, Leonardo Da Vinci and Albert Einstein, each one an advocate of solar energy as a primary power source.
"The book teaches story by story that what we have thought of as this newfangled technology of the 20th century really has the longest history of any energy source in the world," Perlin said. "The history is a way of showing the value of all these old ideas to our present energy needs."
The Chinese realized 6,000 years ago, for example, that orienting their homes to face south would help them stay warmer in the winter, when the sun hangs lower in the sky, and cooler in the summer, when it rises higher. Even today, southern exposure is a selling point, and homes that look into the winter sun command a higher price.
According to Perlin, the Greeks also caught on to the concept of south-facing abodes. In fact, Socrates gave a detailed discourse on the design of passive solar homes, and Aristotle argued that houses should be airy in summer, warm in winter, and should "face south." Architect Vitruvius advocated proper — i.e. southern — orientation for both Roman homes and Roman baths.
Bringing solar energy a step farther, Vitruvius and other Romans discovered that covering windows with transparent material would help trap heat indoors. 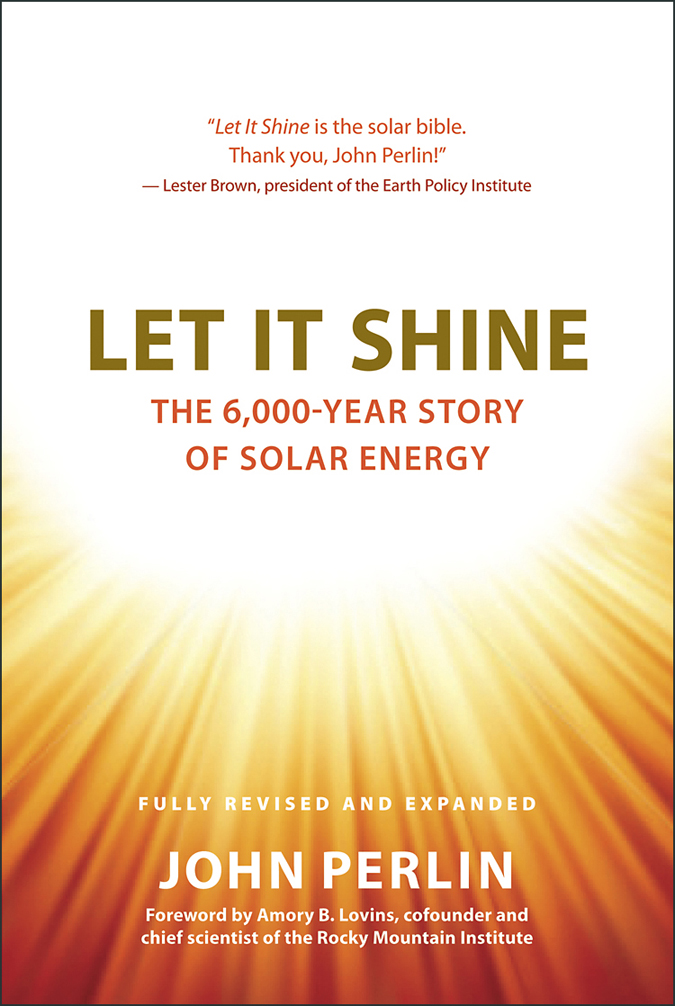 "Glass had been around for 3,000 or 4,000 years, but no one used it for window coverings," Perlin said. "The Romans developed a very vibrant glass industry, and they learned that glass has this property that allows solar energy — light — to enter. But what they also discovered is that the windows help keep in heat."
Objects in the house — particularly masonry — absorb the heat, he explained, and continue to radiate it even when the original heat source — the sun — is no longer present.
"The really amazing part of the book has to do with the people," Perlin said.
Among others, he highlights 19th-century architect Gustave Vorherr, who, in Munich in the 1820’s, established the first school of solar architecture; Vorherr’s mentor, Bernhard Christoph Faust, who authored the first complete book on the use of solar energy; and scientists Calvin Fuller and Gerald Pearson of Bell Laboratories, who developed the first practical solar cell. 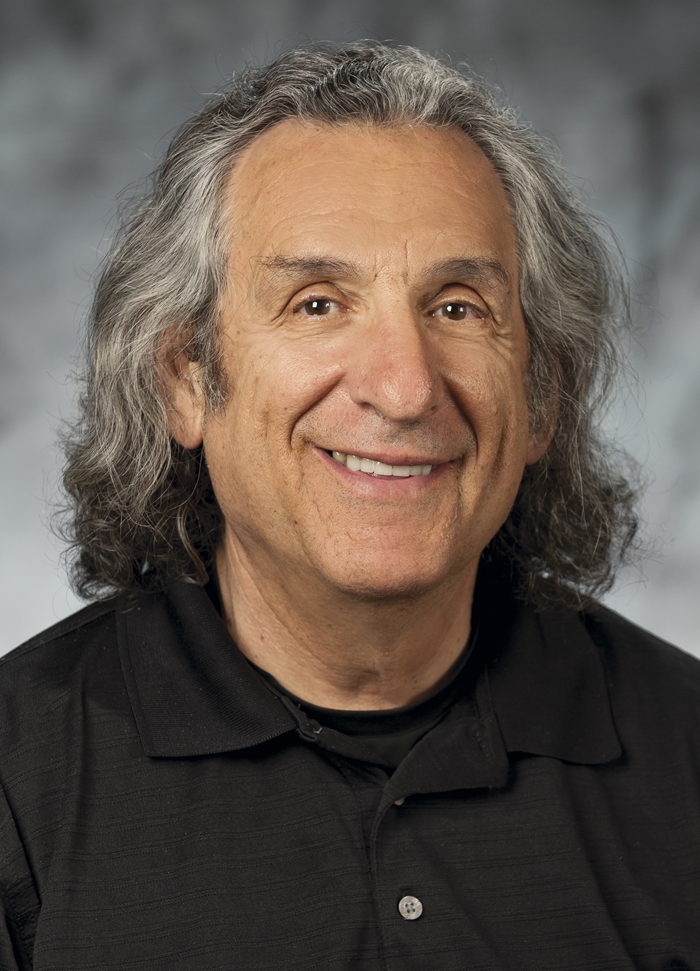 Then there’s solar scientist Maria Telkes, who was so moved by the experience of fighter ace Eddie Rickenbacker — famed for defeating the infamous Red Baron during World War I — that she abandoned her other work in order to design the first practical emergency solar desalinator. In October 1942, Rickenbacker and crew were forced to ditch their B-17 in a remote area of the Pacific Ocean. They spent 24 days adrift until they were rescued by a United States Navy patrol floatplane. All but one survived, and if not for the sporadic rainwater they managed to capture, the entire group would have died.
"The history of solar energy," Perlin said, "is as much a history of individuals and their brilliant ideas."
Although the technology has experienced setbacks — mostly due to politics and governmental policy — solar energy continues as a primary source of renewable power.
"Success breeds success, and because solar energy is generating a lot of success, science is making better solar cells," Perlin said.
The solar cells that were produced by Bell Labs in 1954 were about $300 per watt, he noted, and now they’re down to about 60 or 70 cents per watt. In addition, the solar cells from a decade ago were about 10 percent efficient, but current sun power modules for rooftops are about 21 percent efficient.
Deutsche Bank analysts have suggested that already the economics are compelling in 20 to 30 percent of states in the U.S., and that by 2015 the country will become the largest solar market in the world. Covering the diverse solar technologies employed over the last 6,000 years — from architecture to generation of electricity — Let It Shine demonstrates, in the words of Dan Kamen, distinguished professor of energy at UC Berkeley, "the ease in which society can embrace and integrate the sun’s energy into our future."