Researchers from the Georgia Institute of Technology, Stanford, and Purdue University have built a ceramic mechanical pump that can move liquid metal as hot as 1,673K (that is, about 1,400 degrees Celsius). Usually, the temperature of liquid metals that you can pump tends to cap out at 1,300K (1,027 degrees Celsius) because there are few pump-building materials that will stay solid and chemically stable beyond that. Those materials that exist tend to crack or break quickly under the stress of such heat.

But this new pump, made of carefully engineered ceramic, could be good news for concentrated solar power, as well as accompanying thermal energy storage. 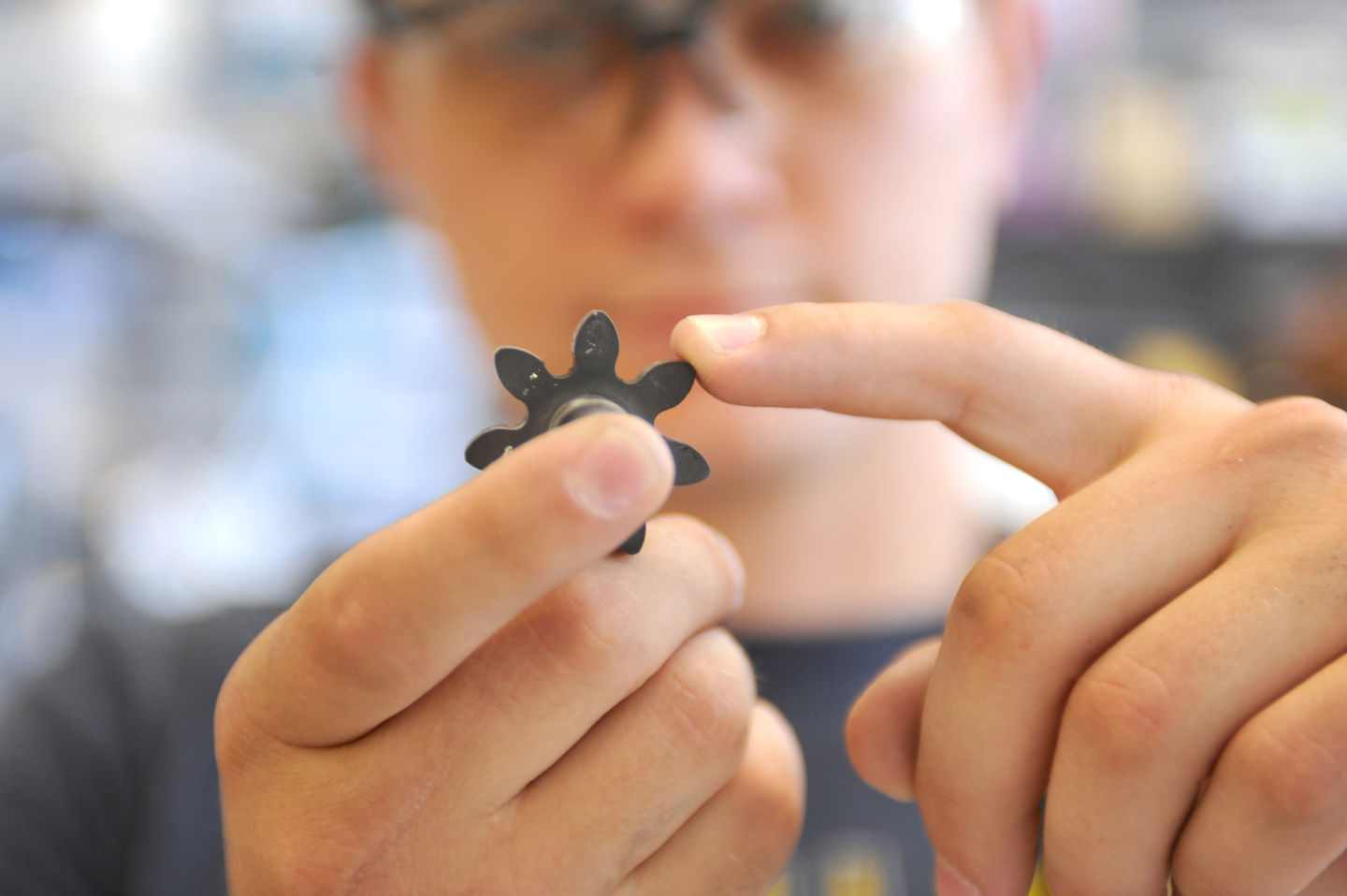 An example of these sorts of systems is SolarReserve’s 110 MW Crescent Dunes plant outside of Tonopah, Nevada. The facility consists of an array of heliostats—or panels that reflect sunlight onto a thermal tower—and a molten salt tank. The molten salt is pumped to the thermal tower and captures the heat from the sunlight projected on the tower. It is then stored at 566 degrees Celsius (1,050 degrees Fahrenheit) and used to transfer heat through a heat exchanger to a working fluid that spins a conventional turbine, generating electricity.

This latest research could improve that system by allowing operators to exchange that molten salt for liquid tin, which has a higher thermal conductivity than molten salt and, at 1,673K, could supply more energy to a system with less effort. In fact, the researchers say, “the use of molten metals instead of fluids such as oils and salts that are electrically insulating can result in an increase in the heat transfer coefficient of two to three orders of magnitude.” 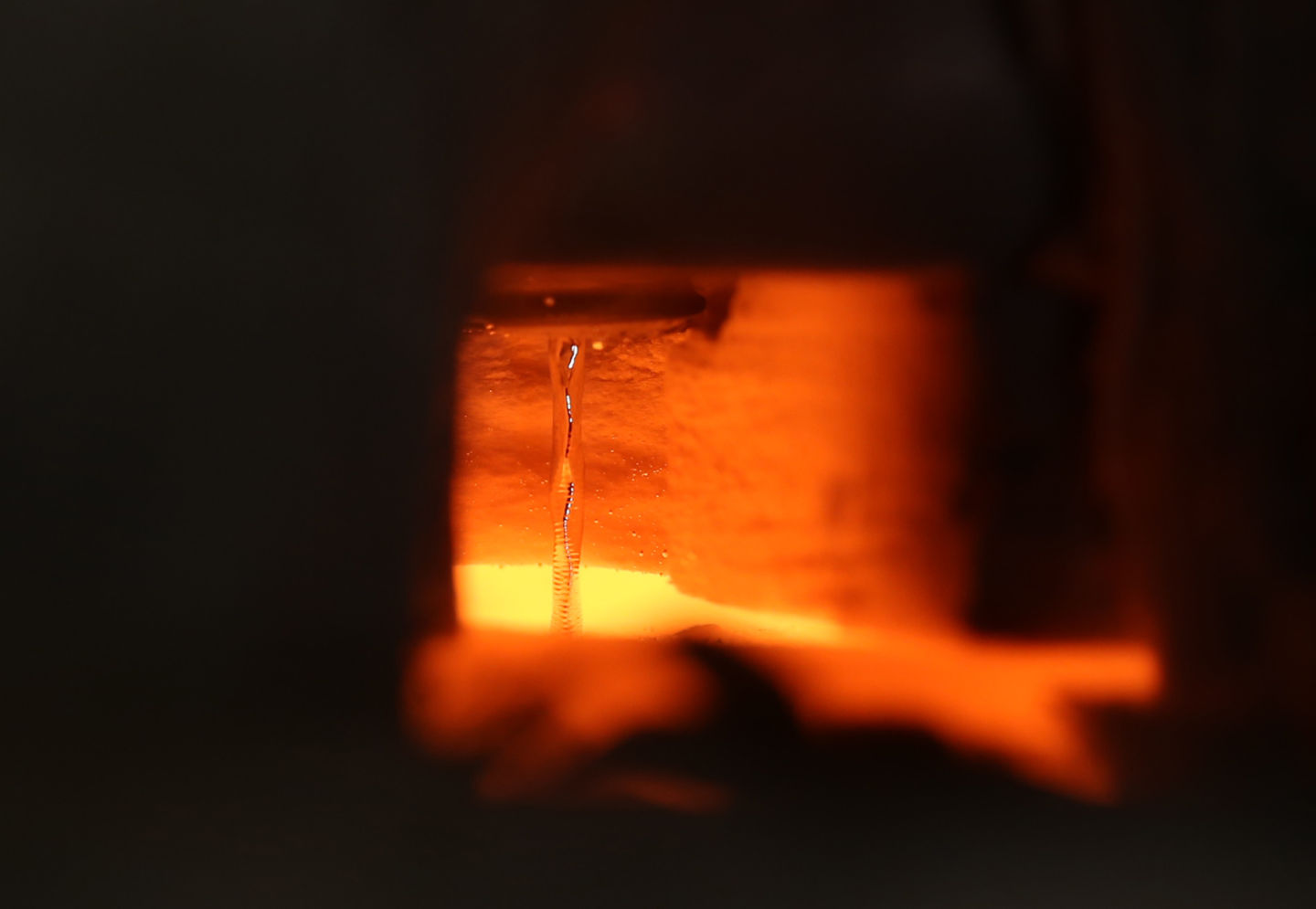 From Georgia Tech: «This image shows liquid metal flowing at 1400° Celsius in the laboratory of Asegun Henry at Georgia Tech. Even though all the surrounding materials are glowing, the tin remains reflective and the ripples from the pool of tin below are visible via reflections from the stream.

The trick to creating the ceramic pump lay in careful engineering of the pump itself. Materials had to be chosen to accommodate for expansion and contraction of the pump with heat, and an appropriate material for sealing the pump was also necessary. The researchers used graphite for piping, joints, and seals, as well as a material called Shapal (“a machinable aluminium-nitride-rich composite”) because it had a similar coefficient of expansion to graphite under heat. Tungsten was used for the outside of the sealed region. 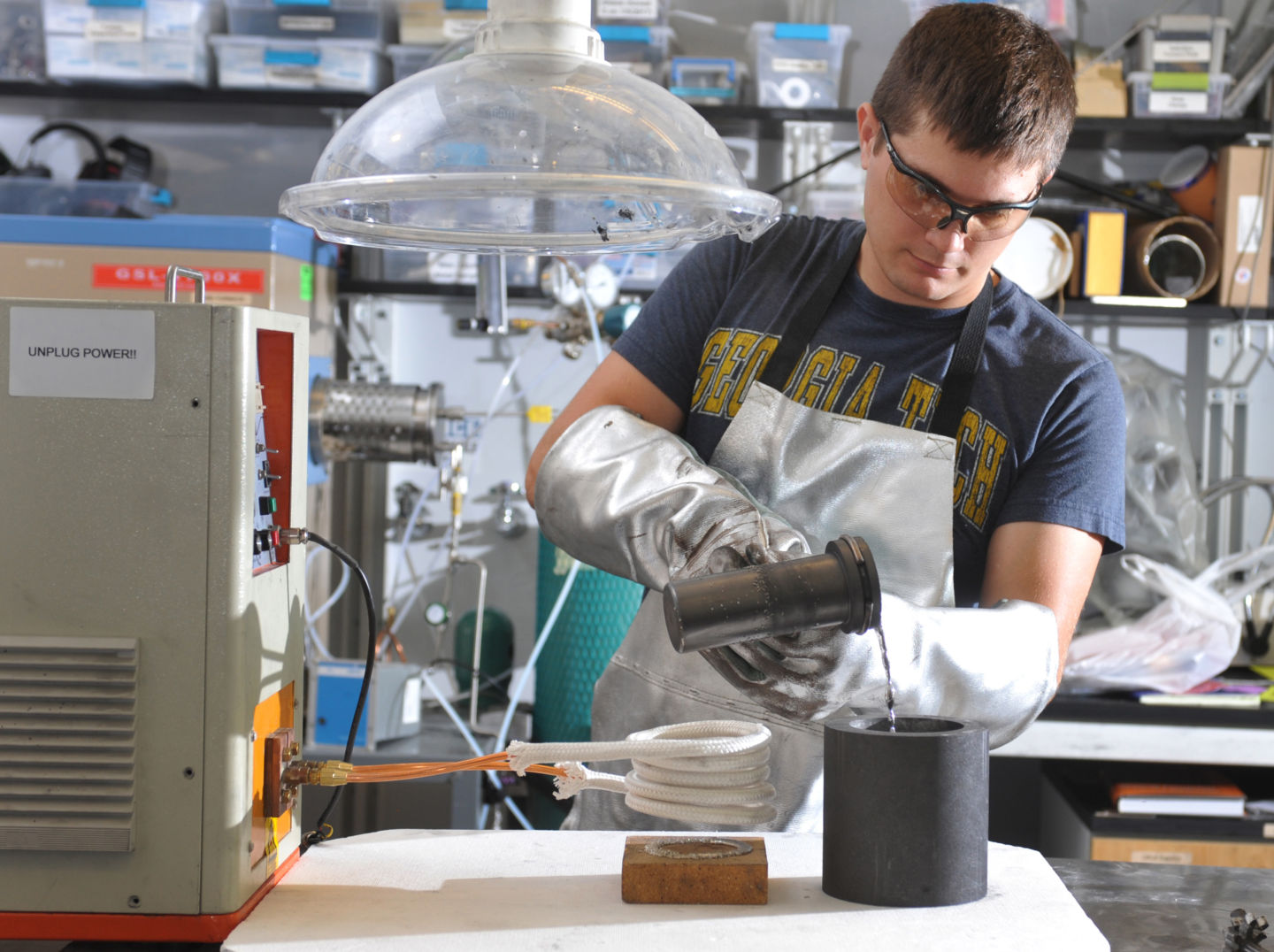 «Graduate Student Caleb Amy pours molten tin into a crucible in the laboratory of Asegun Henry at Georgia Tech. A new ceramic-based pump designed and tested at Georgia Tech was used to transfer molten tin at more than 1,400° Celsius.»
Christopher Moore, Georgia Tech

The external gear pump was then built with the pump’s gear teeth and the motor intentionally misaligned at room temperature; when the pump experienced very high temperatures it would expand into proper alignment. The pump expanded more than 1mm vertically while in operation.

To accommodate very high temperature liquid metal, the atmosphere inside the pump was replaced with inert N2, which the researchers say “can also be used at the industrial scale.”

The pump system was tested at an average temperature of 1,473K (1,200 degrees Celsius)—with peak temperatures above 1,673K (1,400 degrees Celsius)—for 72 hours. The researchers noted that the temperature of the liquid metal “was a result of limited heater power and is not a fundamental bound on the pump or other system components.” After 72 hours the test was stopped, and there were no component failures during the test or upon cooling. Although the gears “experienced visible wear,” the researchers offered some design suggestions that would improve the lifetime of the components in future tests. “Shaft wear was reduced by more than an order of magnitude from earlier tests simply by polishing the shafts,” the paper said.

The high volumetric energy density of liquid tin would allow a relatively small pump to be used at a full-scale power plant. The researchers estimate that using very hot liquid metal in their pump would result in “a relative increase in efficiency of approximately 50 percent” at concentrated thermal solar plants, “reducing costs by 20 percent–30 percent.”

One thing worth noting is that this research was funded by the Advance Research Projects Agency-Energy (ARPA-E). The agency distributes grants to institutions like Georgia Institute of Technology to advance energy-related technology, especially favoring projects that might be uneconomic for private companies to fund. But projects like this may not be possible in the future, as the Trump administration has asked for all ARPA-E funding to be cut in the 2018 budget.