Spanish solar thermal companies are present in more than three-quarters of the world’s projects, becoming a successful case of technology export in the category. In addition to new plants awarded by auctions to comply with the PNIEC (National Plan for Energy and Climate), there are possibilities to expand existing plants to have more night-time renewable energy and exceed the current 35% of renewable generation after sunset. 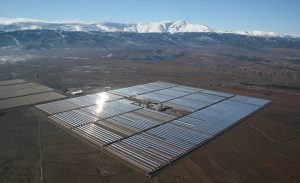 A recent report presented by PwC Spain for the Spanish Association for the promotion of the Thermosolar Industry (PROTERMOSOLAR) entitled “The solar thermal industry as an economic engine in Spain”, reported the socioeconomic impact of the solar thermal sector in our country. It says that solar thermal technology presents the lowest cost for electricity generation at night.

The report authored by Jordi Esteve reported very relevant data provided by the solar thermal sector. Solar thermal generates much more direct and induced employment than the average of renewable technologies per megawatt installed. Another relevant fact is that this technology contributes more to GDP than the regulated income it receives from the State, therefore, it contributes to the creation of direct wealth in Spain. PwC has carried out an X-ray of the sector, concluding that 96% of these plants are installed in municipalities with less than 50,000 inhabitants, contributing to the development of municipalities that are most affected by depopulation, unemployment, and income levels lower than the national average.

The report analyzed these socio-economic impacts in three scenarios. In the first place, it studies the impact of the 49 plants that are currently in operation; Next, the possibility of modifying some of the existing plants to expand their storage system and in this way maximize their contribution to the night electricity system, increasing the creation of local wealth, and finally, the total impact of compliance with PNIEC installing the 5,000 MW recommended by the Ministry’s Expert Report.

The partner author responsible for the report, Mr. Oscar Barrero has highlighted the fundamental role that thermal storage plays in this type of power plant, thanks to its massive storage capacity at low cost, it allows the night-time supply of renewable energy captured during the day. In this way, the electrical system can continue to be powered with less dependence on fossil technologies after sunset.