The New York State Energy Research & Development Authority (NYSERDA) is calling for project submissions to advance, develop or field-test energy storage technologies that can address challenges associated with the cost, performance or technical integration of renewable energy in New York State. NYSERDA is seeking to encourage both product development and demonstration projects. 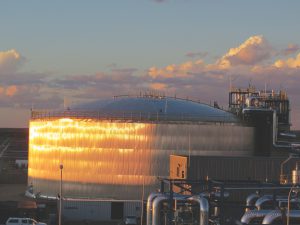 Only pre-commercial stage long-duration energy storage (LDES) technologies are applicable and can include hydrogen, along with electric, chemical, mechanical or thermal storage technologies that are six-hours plus in duration. Different funding and award types will be made for early studies, product development, multi-stage projects, demonstration projects and federal cost-share, with proposals being accepted up to the end of June 2022 in three rounds.

The Act includes a 3GW energy storage target by 2030. US$12.5 million is being made available through NYSERDA which has launched a Renewable Optimisation and Energy Storage Innovation Programme.

Also announced yesterday were a collaboration between NYSERDA and the National Renewable Energy Laboratory (NREL) to form a consortium together with hydrogen specialist organisations that can have some input on decision-making around green hydrogen. State utility NYPA is also forming a collaborative effort with the Electric Power Research Institute (EPRI), General Electric and Airgas, a hydrogen supplier, to carry out a green hydrogen demonstration project at scale at a NYPA natural gas plant on New York’s Long Island.

New York Governor Andrew Cuomo has said the state is “exploring every resource available as a potential tool to address climate change,” as funding was announced for long-duration energy storage technologies along with investigation on the role of green hydrogen in decarbonisation.

The governor’s office yesterday said it will explore what role green hydrogen can play in the energy transition, as New York targets the 85% reduction of greenhouse gas emissions by 2050 as part of its Climate Leadership and Community Protection Act policy.

“As we transition to a clean energy economy, we are exploring every resource available as a potential tool to address climate change and documenting what we find to share as part of broader national and global conversations so we can build a brighter, greener future for all,” Andrew Cuomo said.

“NYPA will be the nation’s first state utility to perform a demonstration project aimed at assessing the technical feasibility of operating an existing power generation facility with a hydrogen and natural gas blend,” NYPA CEO and president Gil Quiniones said of the Long Island project, which is intended to be short-term and create data and learnings that can inform future decisions in New York and elsewhere.

“Hydrogen may have the potential to be one of the tools we use to help New York State achieve its aggressive climate leadership goals for a carbon-free electric system. This project will help us evaluate green hydrogen’s viability in decarbonising electricity production.”