Concentrated Solar Power Gemasolar central tower will be replicated in the «Noor 3» project, although on a much larger scale, as it will increase from 20 megawatts (MW) of installed capacity to 150 MW.

Domingo recognizes that "Spain now has more installed capacity than necessary" in the electricity sector, so "it makes no sense to do something massive".

However, "it does make sense to a particular, unique, innovative project", in order to avoid "losing innovation leadership" of Spanish companies acquired during the years of renewable expansion.

So, the manager explains that Concentrated Solar Power (CSP) plants built by Sener in Spain helped acquire knowledge to improve the plants, some innovations have subsequently been transferred to international projects.

For example, successful trials in the parabolic trough technology plants in a Concentrated Solar Power (CSP) plant which is currently in Cadiz, to enlarge the collector-so that capture more energy-they are put into practice in the "Noor 2" project Morocco.

Similarly, the Concentrated Solar Power technology tower Gemasolar, located in Seville, will be replicated in the "Noor 3" project, although on a much larger scale, as it will increase from 20 megawatts (MW) of installed capacity to 150 MW. 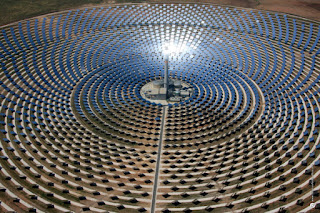 Both Concentrated Solar Power (CSP) plants operated by Sener as those built for other "have helped us to develop more our technology," said Domingo, while recognizing that in Spain "has suffered a lot" for the implementation of the energy reform, which has reduced the remuneration of renewables.

"You have to take into account the risk that some companies have taken to develop these technologies," says, it has been "very strong", which "has to be paid."