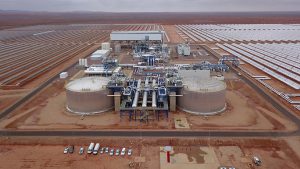 According to Mbanjwa, the company, together with its engineering, procurement and construction partners, has created thousands of jobs during construction, commissioning and testing at its power plants since 2013, which include theKathu Solar Park and the Bokpoort CSP, both based in the Northern Cape.

“A year after inception, the Ilangaproject is an example of the success of government’s REIPPPP as the project achieves a noteworthy set of results. Providing energy for around 100 000 homes, while saving 90 000 tonnes of carbon dioxideeach year, over 20 years, is a considerable achievement.