The concentrated light is converted into thermal energy, which then drives a heat engine connected to an electrical power generator. Put it simply, a CSP power station operates like a solar cooker that you might have made in a high school science project. You can think of it as a gigantic solar cooker. 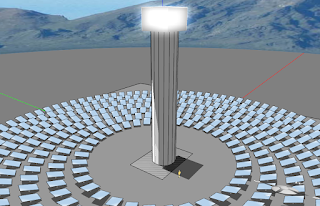 But a small science idea like this could turn into big money. For example, the Ivanpah Solar Power Facility in the California Mojave Desert, which drew $2.2 billion of investment, generates 392 megawatts (MW) — enough to power hundreds of thousands of homes. As of 2016, the largest CSP project in the world is the Ouarzazate Solar Power Station in Morocco, which is expected to output 580 MW at peak and cost about $9 billion. Globally, CSP power stations will generate 4,705 MW this year. 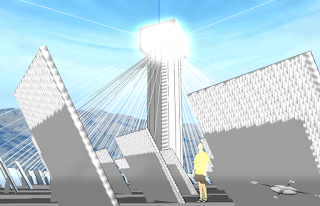 CSP stations do not need to be only large-scale. Small-scale CSP stations (below 1 MW, on-grid or off-grid) may provide more flexible and affordable solutions to communities, especially those in rural areas. They provide attractive alternatives to photovoltaic power stations. Reflecting mirrors would probably cost less and last longer than solar panels and there is no concern of outdated or degraded efficiency. The latter is an issue for solar panels if you consider that, in just six years, the latest 24.1% of solar cell efficiency of commercial panels in 2016 (UPDATE: In July, Hanergy debuted the 31.6% efficiency solar cells for their solar cars!) almost render those 12%-efficiency panels installed in 2010 obsolete and more breakthroughs forecast down the road will only make the old ones look less pretty. 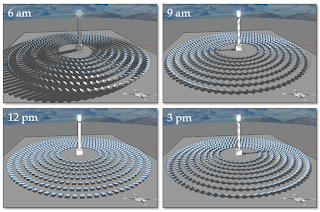 To support the exploration of all kinds of solar energy exploitation, we have added the initial capacity to model CSP power stations in our Energy3D software, which is intended to be a «one-stop-shop» for solar energy modeling and design. This includes the capability of adding mirrors, heliostats, and power towers and analyzing the outputs as a function of time, location, and weather. This article shows some of the graphic effects of solar power towers (with more than 500 reflectors, each of which has the size of 2 by 3 meters, amounting to a total reflecting area of more than 3,000 square meters). The last figure demonstrates how heliostats change the orientations of the reflectors at different times of the day (the selected date is June 22 and the selected location is Phoenix, AZ).

In the months to come, we plan to enhance Energy3D’s ability to model various kinds of heliostats and various configurations of solar thermal power (e.g., parabolic trough and Fresnel reflectors). Currently, only the alt-azimuth tracking mechanism and flat mirrors are implemented.

I have blogged about Energy3D’s capacity to simulate large-scale photovoltaic power stations. This new capacity of simulating CSP stations has enabled Energy3D to model and design two of the three main types of solar power plants.