Solar Power Industry in the Philippines

Solar Power Industry in the Philippines

An estimated 16 million people are off the grid with regards to current electricity supply, and this includes approximately 6000 schools.  This demonstrates the potential for supplying solar power to the Philippines.  Residents in off grid areas, are beginning to arrange the finance to purchase solar panels, batteries etc.  A friend recently mentioned to me that his golf caddie, who lives in a local off grid village, near the golf course, had invested in two solar panels with batteries, at a cost of about P5000 (US$100), and this has supplied her house with electricity for lights, fans, a small refrigerator and a TV. The Philippine Government has also committed to a 70% reduction in carbon emissions by 2030 and has a 15.3GW renewable energy target, thus encouraging a large increase in solar power as an energy source. 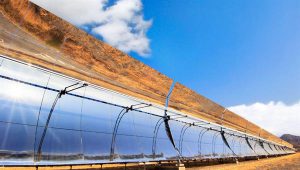 Given the present electricity market, solar power as a common utility makes economic sense for the Philippines, as solar technology as a newly formed power source, is well placed to capitalize on increasing fuel prices, whilst also showing a high level of resilience to falling oil prices.   Oil prices will need to fall below US$28 a barrel to produce a pronounced decrease in the sale of solar power systems.  In the most bullish scenario, it is estimated that solar power will displace about 16TWh[1] of gas and oil power generation between 2020 and 2025, rising to possibly 40TWh between 2026 and 2030. The current outlook is that solar power costs, on a global basis, have been reducing for the last eight years.  Installation costs are expected to continue to decrease further, although at a slower rate.  It is anticipated that solar power costs will reduce by 1.5 percent per annum until 2025, and thereafter reducing by 0.75 percent per annum.  The cost of future solar power projects will further decline with better governance of the various programs.  However, solar power costs need to continue to be monitored, in order to provide the Philippine electricity market an alternative and viable energy supply that can compete with the existing high energy prices.

Another Philippine milestone in the development of solar power using a Photo Voltaic (PV) system was in July 2013, when the net metering regulations and interconnection standards were released by the Philippine Energy Regulatory Commission, and went into effect on July 25, 2013.  This was the first mechanism prescribed in the Philippine Renewable Energy Law that was initially passed in 2008.  This law now legalizes, and thereby opens up the whole market of solar roof-top panels below 100KW in areas that are on-grid in the Philippines.

It is also understood that the net metering market has the highest potential in the country.  This is in contrast to the Feed-in-Tariff (FiT) regime which currently targets only 50MW; there is no target for the net metering market. Following the release of these net metering rules, there has been a marked increase in activities in the industry, and it is expected that this development will only accelerate, as more customers take advantage of the rules and install roof-top solar panels.

The power utility companies in the Philippines, who are responsible for power distribution, have been instrumental in developing the rules and standards to assure safety and stability of the distribution grid. It is the responsibility of these power companies to ensure that the rules are followed, and to also ensure that all customers of good standing, now have the opportunity to be interconnected to the grid, through roof-top solar panels.

These regulations stipulate that there is no subsidy involved.  The customer receives a credit based on the KWh of electricity exported after self-consumption, and the average cost of generation to the Distribution Utility (DU) for the month.  These rules will therefore shape that the size of the roof-top solar panels, must be in line with the maximum consumption of the residential or commercial customer, as the credit for exporting electricity to the DU is much lower than the savings through self-consumption.

The Future of Solar Power in the Philippines

The Philippines has strong potential in harnessing solar energy, both for consumer use and power production, given the continued drop in prices and further innovation in the field. In addition, the country is prepared to join the solar power revolution, mainly due to its geographical location within the two Tropical Zones.   It is well known that the archipelagic geology of the Philippines poses unique challenges in the distribution of solar power energy, and it is acknowledged that the Philippines should be very able to adapt a solar energy system for the country.  However, the Philippines needs to improve the existing infrastructure, maintenance and connected technologies to ensure that this will work.

It is also acknowledged that it will be important to develop the correct energy management technology along with a solar power system that is built and developed in the Philippines, and has the potential to become a basis for other tropical island nations, should they wish to adopt this solar power system.

At the same time the private sector should also look into developing renewable energy projects, and developers should consider the opportunities as the Philippines integrates renewable energy development into its government regulations.

Another important aspect for the future of this industry, and the need for future investments in the solar field, is in the development of battery energy storage which will integrate renewable energy projects into the grid.  It has been pointed out that the Philippines must be innovative on creating a market for ancillary services – i.e. battery energy storage.  It is also recognized that there must be a move from the majority of lead based battery storage systems, to the higher storage and more efficient Lithium battery storage system.

One of the prominent foreign investors is AES Philippines, the local unit of US energy giant AES Corp, and the company is currently developing the first 40MW battery storage facility in Negros Occidental province.  It is also offering its energy storage batteries as a possible long-term solution to the power situation in the country.

Additionally, and from a consumer viewpoint, global prices of Solar Photo Voltaic (PV) panels have already dropped 52% from 2008 to 2015.  It is acknowledged that this reduction in costs for an energy source, will impact globally and not just the Philippines.

Along with this trend, a study by the International Energy Agency has demonstrated that solar energy could surpass fossil fuels, biomass, wind, hydro and nuclear to become the largest source of electricity globally by 2050.

Increase in Investments in the Philippines

The Philippine Government has also reported P366.7 billion (US$7.2 billion) of investments in 2015, of which 67% was from the solar power sector. This has led to an increase in employment.  The manufacture, construction and installation has resulted in an estimated 100,000 new jobs.

Following the 2008 Renewable Energy Law (Republic Act No. 9513), the Philippine Department of Energy (DOE) has recently increased the national solar power annual capacity target to 500MW, under an amendment set out in March 2015.  The government has awarded 61 solar contracts, aiming for a total capacity of 1.014GW.  Most solar projects (approx. 700MW) will be developed in Luzon Province, and the largest of these is a 100MW solar PV project in Bataan, (along the coast, north of Manila).  Additionally, the DOE has also received two proposals for Concentrated Solar Power (CSP) development, and has expressed the need to install ground measurement equipment for CSP projects.  According to the Philippine authorities, project development was maintained for several key solar projects in an effort to meet the national annual target of 500MW by March 2015.  This was achieved. However, for further large-scale development of Philippines Solar Power, validated solar maps are needed, followed by an identification of sites and islands of major interest.  This is very much an on-going project.

It is obvious that the potential for expanding the solar power industry in the Philippines is enormous – if only due to a combination of a beneficial climate, and the rapid reduction in the production costs of solar panels and related equipment.  A 52 percent reduction in costs from 2008 to 2015 cannot be ignored.  It is also estimated that the growth rate in solar power generation from 2012 to 2016 has been 7.6 percent.  The main disadvantage currently is the cost of batteries.  However, with greater usage, access and technological improvements, obviously manufacturing costs will reduce over time.

The main government and private organizations involved in solar power in the Philippines are:

[1] Major energy production or consumption is often expressed as terawatt-hours (TWh) for a given period that is usually a calendar or financial year; this means that a terawatt-hour is equal to a sustained power of approximately 114 megawatts (MW) for a period of one year.
Bob Shead is ASEAN Briefing’s Philippines Correspondent and is based in Manila. He has 25 years experience as a diplomat in Asia.

ASEAN Briefing is published by Asia Briefing, a subsidiary of Dezan Shira & Associates. We produce material for foreign investors throughout Asia, including China, India, Indonesia, Russia, the Silk Road & Vietnam. For editorial matters please contact us here and for a complimentary subscription to our products, please click here.
Dezan Shira & Associates provide business intelligence, due diligence, legal, tax and advisory services throughout the ASEAN and Asia. We maintain offices in Singapore, as well as Hanoi & Ho Chi Minh City, and maintain Alliance offices in Bangkok, Jakarta, Kuala Lumpur and Manila as well as throughout China, South-East Asia, India and Russia. For assistance with ASEAN investments into any of the featured countries, please contact us at asean@dezshira.com or visit us at www.dezshira.com
http://www.aseanbriefing.com/news/2017/06/27/solar-power-industry-philippines.html
Jose Santamarta2017-07-07T08:18:51+00:0007-07-2017|Categorías: BREAKING NEWS, NEWS, Sin categoría, Top News|Etiquetas: CSP, Philippines, PV, solar energy, solar power|