SolarReserve is considering developing four to six CSP plants, each of capacity 100 to 150 MW, in the Australian state of Queensland, Daniel Thompson, SolarReserve’s Australia director, told the Courier Mail newspaper May 6.

The U.S.-based developer is currently scouting for sites in Queensland, particularly in the north and west of the state, Thompson said. Potential areas include Mount Isa, Roma, Moranbah and Georgetown. 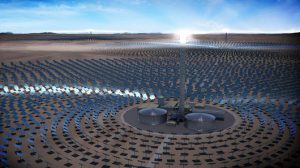 SolarReserve is in «very positive» discussions with the Queensland government and the company may apply for a concessional loan from the federal government’s AU$5 billion North Australian Infrastructure Facility (NAIF) scheme, Thompson said.

The state of South Australia recently secured an AU$110 million ($83.7 million) low-interest loan from the Federal Government to build a CSP plant in Port Augusta, Nick Xenophon, Senator for South Australia, said in a statement April 1.

The new plant will provide baseload power production and will be a «flagship project for the rest of the country,» he said.

The South Australian government is expected to announce further details of a power purchase agreement for the project in June, according to Repower Port Augusta, a renewable energy lobby group.