The U.S. Trade and Development Agency awarded a grant to SolarReserve South Africa (Proprietary) Limited to advance their «Urban Solar Farms» initiative in South Africa; a pioneering study into large metropolitan municipalities that will provide a framework for large commercial and industrial electricity consumers with significant power requirements to cost-effectively deploy renewable energy in urban areas. The grant, which supports the goals of the U.S. government-led Power Africa initiative, will support development of up to 200 megawatts of solar farms ranging in size from 5 to 30 megawatts. The projects will be privately owned and operated and will provide power to end users either directly or through wheeling arrangements with municipal distribution companies. 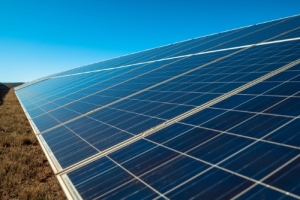 The projects, primarily ground-mounted in order to solve the problem of restricted roof space, will be constructed in areas where there is a high demand for daily energy consumption. Additionally, Urban Solar Farms will incorporate the integration of solar power with energy storage to support peak energy demand requirements, as well as grid stability and help defer utility substation and network upgrades.

«This groundbreaking study has the potential to impact the way municipalities across South Africa accommodate privately-owned clean power generation within their distribution borders,» said SolarReserve’s CEO Kevin Smith, who signed the grant alongside USTDA Director Leocadia I. Zak. «It represents a unique approach to involving the private sector in expanding South Africa’s generation capacity, while stimulating job growth and small business development.»

Urban Solar Farms have the potential to fill a niche market in South Africa for mid-sized generation projects that ensure a reliable, clean power supply for customers with substantial energy needs.

«This unique private sector-led power solution is a clear demonstration of the impact Power Africa is having on Africa’s economic development,» said Director Zak.  «Working together with an innovative American company and a strong partner in South Africa, USTDA is proud to support increased use of renewable energy that will spur broader gains across the economy.»

SolarReserve is a leading global energy developer, with 246 megawatts of solar capacity already on-line in South Africa, an additional 100 megawatts of solar thermal with energy storage awarded by the South Africa Department of Energy, and 450 megawatts bid into the latest round of bidding in South Africa. SolarReserve has selected U.S. firm Mott MacDonald, Inc., a global management, engineering and development consultancy working in over 140 countries, to conduct a critical study that will support SolarReserve with various technical, economic, financial, legal, regulatory, permitting and commercial inputs in order for SolarReserve to complete its strategic analysis and to progress financing and begin implementing the projects.

This grant agreement was signed during the U.S.-Africa Business Forum in New York City, which is focused on strengthening trade and financial ties between the United States and Africa.

SolarReserve is a leading global developer of solar power projects, which include electricity generation by solar thermal energy and photovoltaic panels. The company currently has more than $1.8 billion of projects in operation worldwide, with development and long-term power contracts for 482 megawatts of solar projects representing $2.8 billion of project capital. In addition, SolarReserve has commercialized a proprietary advanced solar thermal technology with integrated energy storage that solves the intermittency issues experienced with other renewable energy sources. Since the company’s formation in early 2008, SolarReserve’s experienced team has assembled an extensive global development pipeline of 10 gigawatts (GW) across the world’s most attractive, high growth renewable energy markets. SolarReserve is headquartered in Santa Monica, California, and maintains a global presence with seven international offices strategically located in Africa, the Americas, the Asia-Pacific region, the Middle East, and Europe to support its widespread project development activities across more than 20 countries.