SolarReserve LLC has plans to build six large concentrating solar power (CSP) parks with storage capacity in South Australia, but all will depend on the success of its first project in the country.

CEO Kevin Smith told reporters on Monday that the company needs federal grants or loans to realise its first solar thermal power scheme in Australia. It has proposed to build a power plant of 110 MW at Port Augusta that will use molten salt storage to produce electricity even when the sun is down. 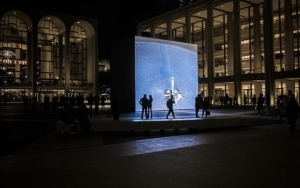 The California-based firm has also identified sites suitable for five other CSP projects in South Australia. Local media cited Smith as saying that SolarReserve would compete in the planned tender for power supply to meet 75% of the state government’s long-term electricity needs. On announcing the tender last week, Premier Jay Weatherill stressed that the goal is to increase competition and said that current rules allow big power companies to drive prices higher by withholding supply.

SolarReserve is meeting with state and federal government officials later this week to discuss details of its plans.