It will be the biggest concentrated solar power tower technology project in the world that incorporates molten salt storage.

SolarReserve’s 110-megawatt Crescent Dunes solar power tower is due to come on-line this year. It will be the biggest solar concentrated power tower technology project in the world that incorporates molten salt storage. 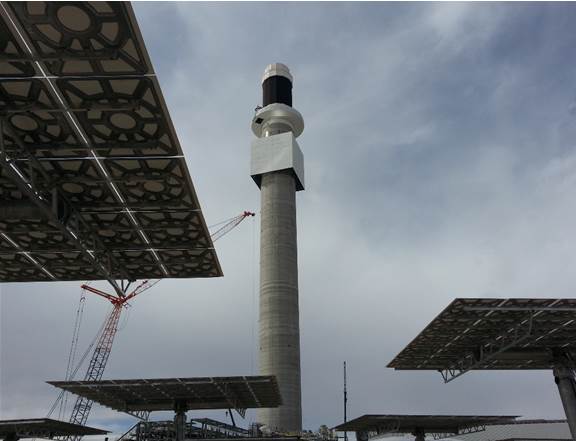 Last February, the receiver atop the 640-foot tower was yet to be built, there were two pedestals and one heliostat installed, and the ambitious December 31, 2013 on-line date was doubtful. A year later, the project, which commenced construction in August 2011, looks like a good bet to go on-line in Q3 or Q4 2014. 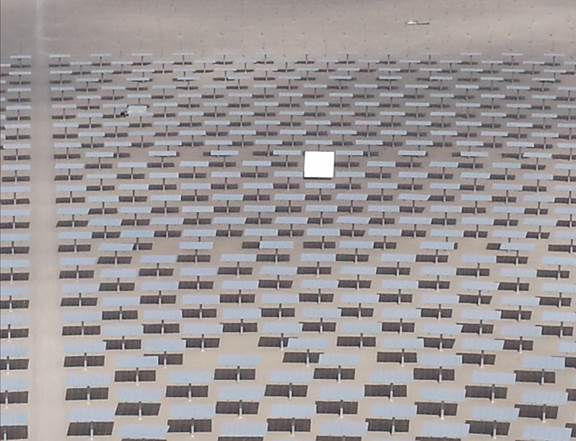 The tower’s internal piping is nearing completion, the turbine and generator are installed and ready, and the hot and cold storage tanks, each of which holds approximately 3.6 million gallons, are sealed. The dry cooling system, which uses less than half the water used by a wet-cooled natural gas plant and 20 percent of the water used by a coal or nuclear plant, is in place. 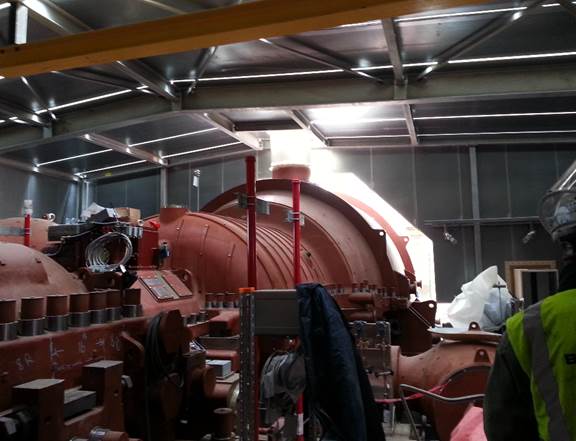 There are 10,300 pedestals in the ground and approximately 8,500 heliostats installed. The crew of more than 900 continues to work double shifts. 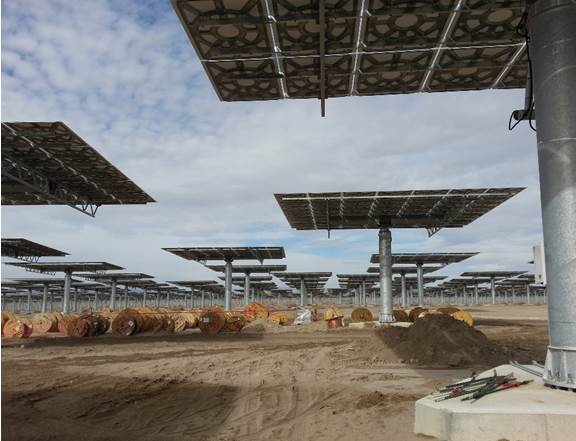 In mid-March, the 3,000 bags of sodium nitrate and potassium nitrate waiting in a temporary storage tent will begin being heated in a 50-50 mix and pumped into the system. That is just 10 percent of the 30,000 bags that will eventually be needed. 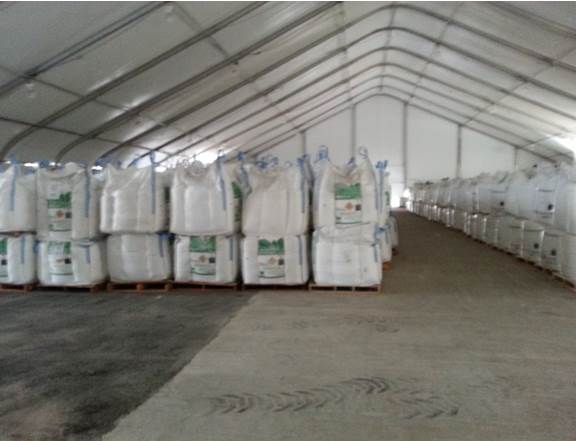 Molten salt storage is the advanced technology part of the system and the key to the project’s market differentiation, explained CEO Kevin Smith.

The alternative is a system like the just-launched BrightSource Energy 392-megawatt Ivanpah facility. It uses the sun’s heat to turn water into steam that drives the turbine. But it does not have storage and has to carefully balance pressure and temperature, Smith said.

“On a bright, sunny day, we can maintain the temperature-pressure balance — even with transient clouds — by increasing or decreasing the number of heliostats focused on the receiver at the tower’s top," BSE spokesperson Joe Desmond told GTM at the Ivanpah opening. 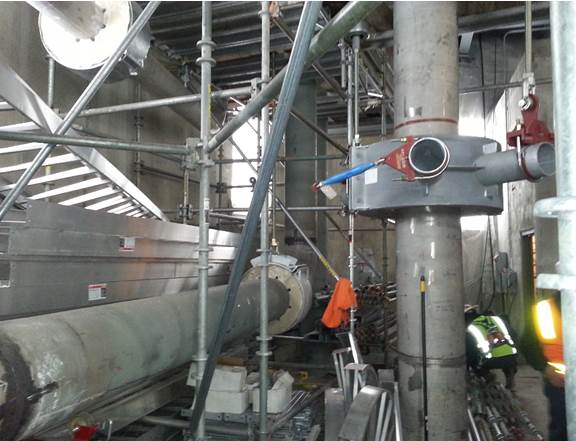 But the next generation of BSE technology will include storage, according to BSE CEO David Ramm.

The first round of testing of the Crescent Dunes system is planned for mid-summer. It is expected to go on-line in the fall. The NV Energy PPA, with a $0.135 per kilowatt-hour price, sets an early 2015 deadline for full generation. 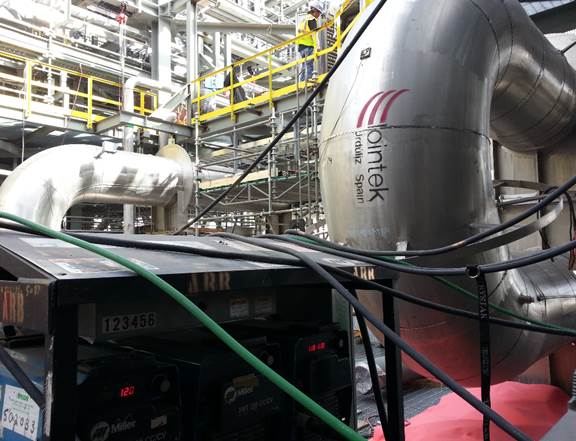 At any time of the day or night, Crescent Dunes’ molten salts can be piped from hot storage through a heat transfer process that boils water. Piped steam drives the turbine and generates electricity.

“With a molten salt system, the generation comes out of the ten hours of stored solar heat,” Smith said. If it is cloudy, the flow of salts from the 550-degree “cold” tank to the 1050-degree hot tank can be slowed to allow more heating time. 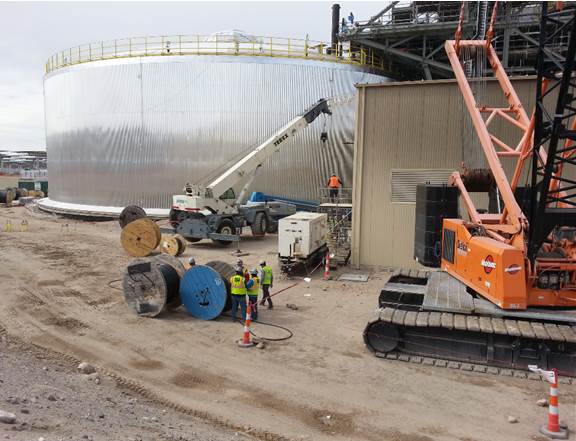 The carbon steel cold storage tank is 40 feet tall and 140 feet in diameter.

A molten salt system is unlikely to be forced offline unless the sun is absent for days, which doesn’t happen often in the Nevada desert, Smith said. If it does, he added, the utility can be notified well in advance. 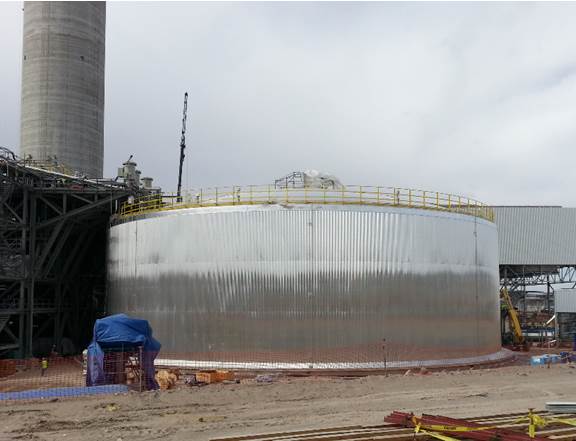 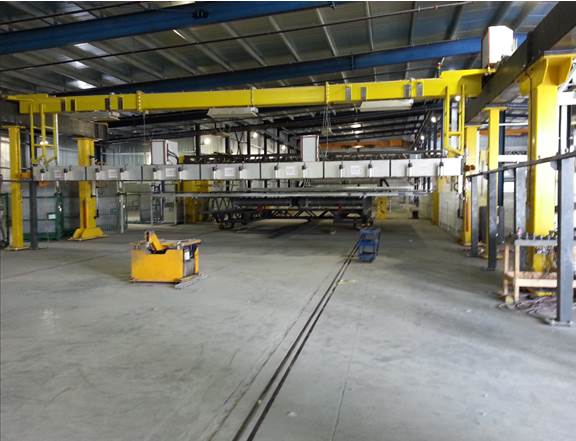 An on-site facility assembles flat-plate mirrors into their steel framework and wires them for connection with the central control room. Each of the 8,500-pound,115-square-meter heliostats will be repositioned every ten seconds to keep the sunlight focused on the tower-top receiver. 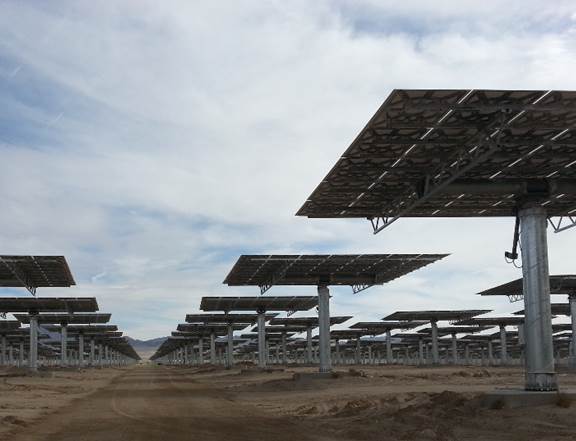 The marketplace has been reluctant about SolarReserve’s technology until it is proven, Smith acknowledged. The debt financing portion of its fully permitted Rice project in California, which would be similar to Crescent Dunes but one-third larger, is fully subscribed, he said. But the U.S. tax equity market for financing new CSP is flat because the money is going to PV and because plant construction lead times of 28 months to 30 months now could go beyond the December 2016 ITC expiration.

CSP builders like BSE, Abengoa, and SolarReserve are pushing for a change in the ITC’s language that would extend it to projects that begin construction by December 2016 instead of just those that are completed by that date. The companies are also looking to markets in Australia, Latin America, Africa, and the Middle East.

New, fast-ramp, dry-cooled natural gas plants could be less costly than CSP, Smith said. “It comes down to what you think the natural gas price will be over the next twenty years.” Smith, who built conventional power plants before becoming involved with CSP technology, believes the price of natural gas, which has gone from under $3 per MMBTU to over $5 per MMBTU in recent months, will make CSP competitive.

CSP also competes with PV.  A recent NREL study concluded that electrons sent from solar plants with storage are more valuable than those sent from solar plants without it — “because of storage,” Smith said. “When SolarReserve formed in 2008, I believed it was all about storage, and now, with PV prices at all-time lows, it is even more true. We believe this technology, developed in the U.S. by Rocketdyne, is the world’s best. When Crescent Dunes goes on-line in the fall, we will prove it.”