The organizations state that MINETUR has presented distorted estimates of the economics of renewable energy generation.

Four Spanish solar and renewable energy associations have issued a joint statement condemning recent cuts to the nation’s feed-in tariff and threatening legal action at the national and European level.

Anpier, APPA, Protermosolar and UNEF also argue that the Spanish Ministry of Industry, Energy and Tourism (MINETUR) has discriminated against the industry and presented distorted estimates of the economics of renewable generation.

"The national renewable sector feels deceived and cheated by the Government of Spain and will undertake all legal measures on the national and European level to defend itself," state the organizations. 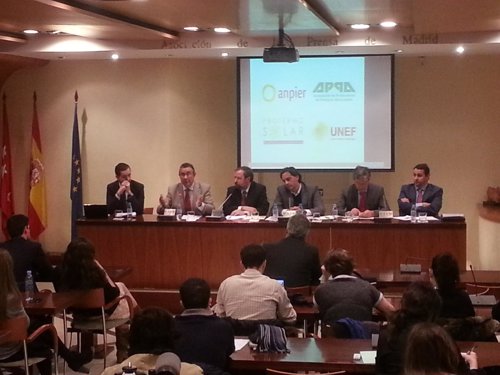 The Spanish Government under the leadership of the Popular Party (PP) approved the latest retroactive cuts to the nation’s feed-in tariff on February 1st, 2013. These include changing the formula for payments, and unlinking payments from the consumer price index.

This follows the incoming PP government’s move to suspend the feed-in tariff system to new applicants in January 2013. The previous Socialist government had also undertaken multiple cuts to the nation’s feed-in tariff, including retroactive cuts.

The organizations also argue that this is an attack on the renewable energy sector as a substitute for market reform. "(MINETUR) is systematically dynamiting the national renewable sector without undertaking the profound and necessary reform of our electrical system," declared the joint statement.

The statement notes that Spain currently imports more than 80% of its energy, and that fossil fuels account for 86% of the nation’s negative trade balance.

"However, MINETUR prefers to finish off a sector in which we were world leaders, instead of taking the opportunity that the international market provides our companies."