Renewable energies generated 30.3%, wind energy 15%, solar thermal 3.4% and photovoltaic energy 3.9%. Wind energy production in September reached 2,764 GWh, up 7% on that of the same month last year, accounting for 15% of total production. 54.9% of electricity production this month came from technologies that do not emit CO2.

Generation of the month of September, 2017 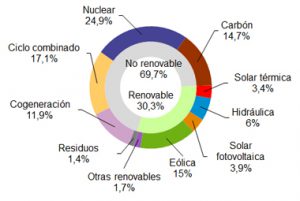 Generation from January to September 2017 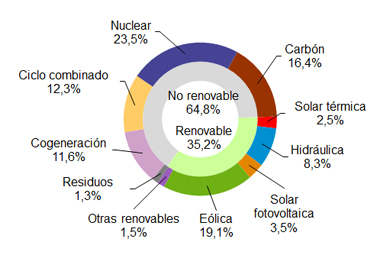