The concentrated solar power generated 2.6% in August in Spain

The concentrated solar power generated 2.6% in August in Spain 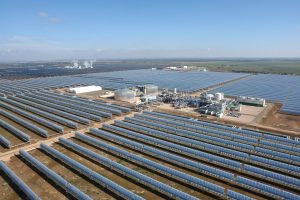 The demand for electricity in Spain fell by 2.3% in August. This decrease is observed once the effects of labor and temperatures during that month have been corrected. 37% of electricity production in August in our country was renewable and 57.8% did not emit CO2 equivalent. Wind power grew by 8.5% compared to the same month in 2021, while photovoltaic increased its production by 33.3%.

The national electricity demand experienced a decrease of 2.3% in August with respect to the same month of the previous year and after discounting the effects of temperature and calendar. In gross terms, a demand of 22,077 GWh is estimated, 0.1% higher than that of August 2021. 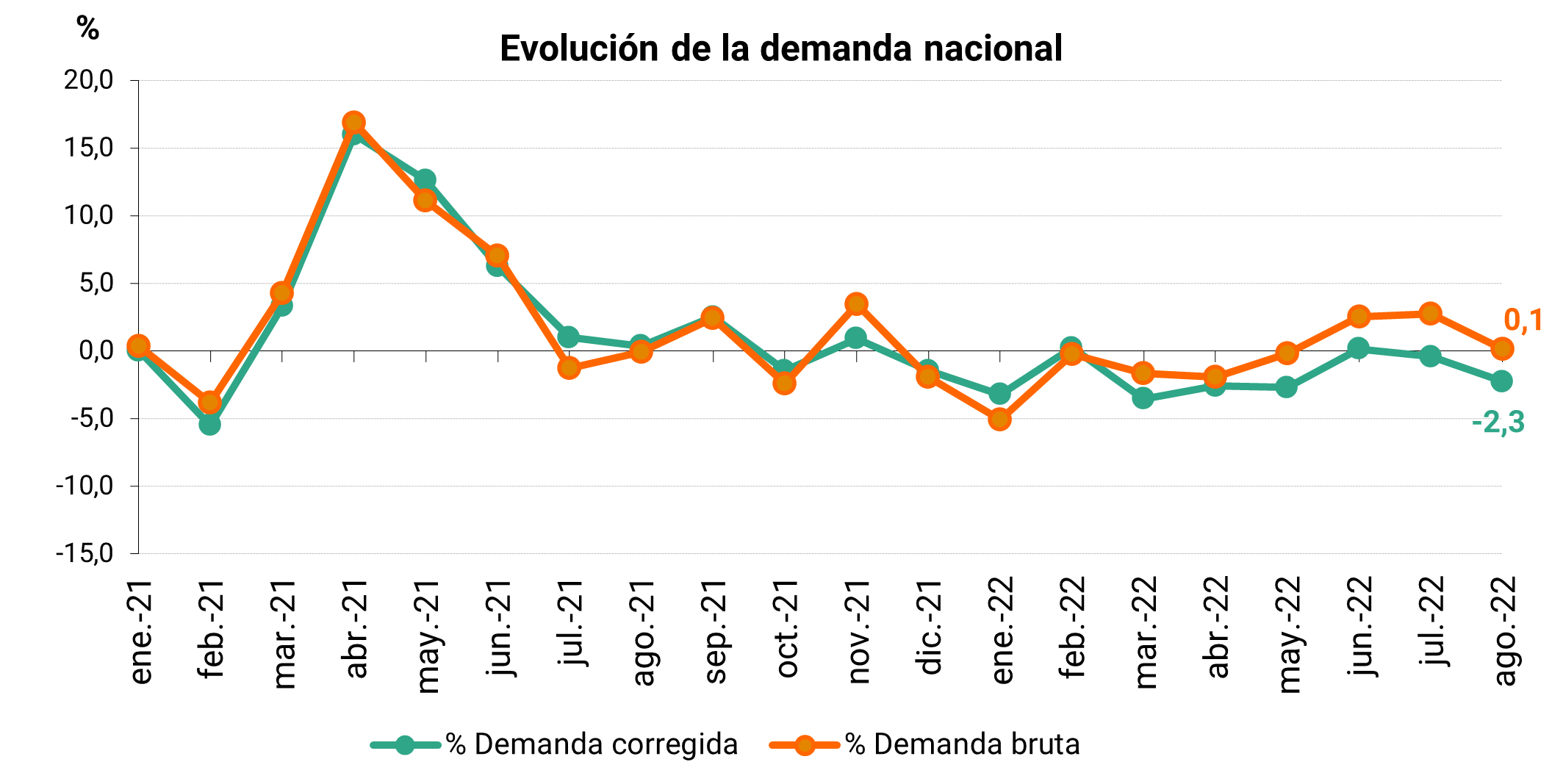 The behavior of demand in August differs from that observed in previous months. In July, the demand increased by 2.8%, compared to July 2021 (a decrease of 0.4% discounting temperature and calendar); while in June the year-on-year increase was 2.5% (increase of 0.1% taking both factors into account).

In the first eight months of 2022, according to provisional data, once the influence of the calendar and temperatures have been corrected, demand is 1.8% lower than that registered in the previous year.

In the month of August, and according to data estimated to date, generation from renewable energy sources represented 37% of production. 57.8% of electricity production came from technologies that do not emit CO2 equivalent.

For its part, the generation of wind origin in August was 4,064 GWh and accounted for 16% of the total. Electricity production with wind registered 8.5% more compared to the same month of 2021. Meanwhile, photovoltaic solar energy, with 3,188 GWh recorded this month, increased its production by 33.3% compared to last year, reaching a quota 12.5% ​​of the total. With these data, both technologies, wind and photovoltaic, have registered maximum production in the month of August since records are available. For its part, hydroelectric generation decreased by 44.9% compared to August 2021 due to the absence of rainfall. In fact, this month saw the lowest production (1,036 GWh) with this source since 1992.

In the peninsular electricity system, the demand for August fell by 3.2%, compared to August 2021, taking into account the effects of the calendar and temperatures (20,534 GWh, 0.6% less than that registered in the same month of 2021 in gross terms).

In the previous months, peninsular demand rose 2.2% in July and 1.8% in June compared to the same months of the previous year. Discounting the effect of temperature and calendar, demand fell by 1.11% in July and 0.75% in June.

In the first eight months of 2022, once the influence of both factors has been corrected, demand is 2.6% lower than that registered in the same period of the previous year.

During this month and according to estimated data to date, 38.1% of peninsular generation was of renewable origin and 60.2% came from technologies that do not emit CO2 equivalent. For its part, wind energy registered 3,874 GWh and contributed 16.2% of electricity, while photovoltaic solar energy, with 13.1% of the mix, has increased its production by 33.3% compared to the same month of the year above, up to 3,125 GWh.

The demand for electrical energy in the Balearic and Canary Islands

In the Balearic Islands, the demand for electricity in this month is estimated at 730,434 MWh, 15.5% higher than that registered in August 2021. According to provisional data, if the effects of the calendar and temperatures are taken into account, the increase stands at 17.9% compared to the previous year. So far this summer, the electricity demand in the Balearic Islands had experienced an increase of 16.7% in July compared to July of last year and 24.9% in June compared to the same month of 2021. Taking into account the factors of temperature and calendar, the increases were 15.7% and 25.4%.

Regarding generation, the combined cycle, with 71.5% of the energy produced in the Balearic Islands, was the first source of the islands in August. Thus, renewable energy without CO2 equivalent emissions generated in the Balearic community represents 6.7% of the total. In addition, during this month, the submarine link between the Peninsula and Mallorca contributed to cover 10.4% of the Balearic electricity demand.

As for electricity generation in the Canary Islands, the combined cycle, with 36.7% of the total, was also the first source in the month of August. Thus, renewables and emission-free technologies represented 29.3% of production, with the contribution of wind power being 24.6%.