On the afternoon of October 25th, the opening ceremony of Supcon Delingha 50MW CSP project was held in the solar industrial park of Qinghai, Delingha. This is the first CSP demonstration project that has officially announced the start of construction, after the release of Feed-In-Tariff policy and the first batch of CSP demonstration projects list.

Xuneng, vice president of Zhejiang Supcon Solar Technology Co., Ltd., introduced some basic information of the project at the ceremony. The expected total investment is RMB1.05 billion. The floor space is around 2.4km2. The mirror space is 520000m2. The height of tower is 180m.  in order to achieve a continuous, stable and deployable power output，the project will be equipped with a 6h molten salt thermal storage system. According to Xu, the designed annual power generation will be 136 million kWh, and the amount of annual utilization hours can reach 2720. There will be 48000 tons of coal saved and 124000 tons of CO2 emission reduced. 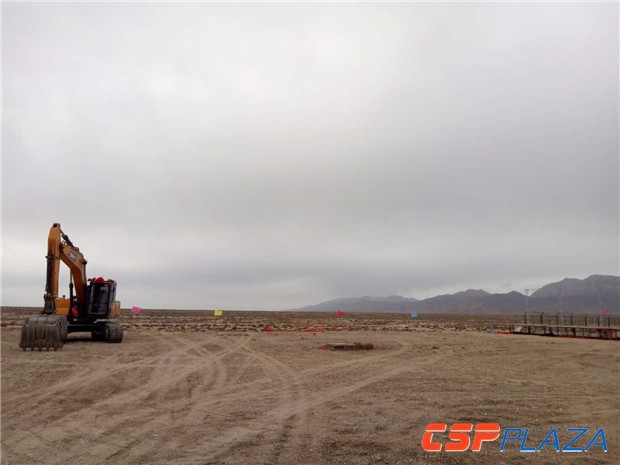 “Supcon Delingha 50MW CSP project ranks the first among China’s first 20 demonstration projects. Today we hold the grand opening ceremony here, this project is the earliest one which has began construction after the release of the first 20 demonstration projects list. We have the resolution as well as confidence to make it China’s first 50MW tower CSP demonstration project connected to the national grid, which will make a great contribution to consolidate the first-mover advantage of Supcon Solar and the first-mover advantage of Qinghai, Haixi and Delingha in China CSP industry.” Jin Jianxiang, Chief Executive of Supcon Solar Technology Co., Ltd. said confidently.