The Key to a New Floating Solar Thermal System

The Key to a New Floating Solar Thermal System

Solar thermal energy uses heat from the sun to generate electricity, heat and desalinate water, and treat wastewater, among other things. However, it usually requires a costly array of mirrors to concentrate sunlight. Now scientists have developed a floating system that can boil water without such concentrators.

Sunlight is relatively dilute, with the amount of solar energy striking the Earth’s surface averaging only about 1,000 watts per square meter under clear skies. So in today’s solar thermal plants expensive mirrors and lenses concentrate sunlight to boil water and drive turbines. These optical concentrators often account for a major fraction of the capital costs of solar thermal systems, and they usually also require support structures and access to electricity to help them track the sun as it moves across the sky during the day. (Some solar thermal plants also need automated mirror washing.) 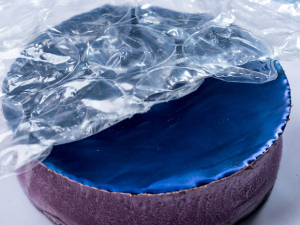 The new system can boil water under normal levels of sunlight, generating steam without optical concentration. It consists of a multilayered structure, a «solar receiver,» that floats on water.

The middle layer of the solar receiver consists of a copper sheet covered in a blend of ceramic and metal. It efficiently absorbs solar energy, and is also a good conductor of heat. The bottom layer consists of foam that helps the entire structure float. The top layer is made of transparent bubble wrap that lets sunlight reach the absorptive layer.

«Personally, we found the performance of bubble wrap in this system quite surprising,» Ni says. «Though it is commonplace and low cost, bubble wrap has good properties for solar applications. It is transparent enough to allow solar energy to pass through to an absorber; however, the large air pockets allow bubble wrap to trap the absorbed heat, leading to higher efficiencies. The bubble wrap can be likened to a greenhouse.»

The researchers note that they made the solar receiver from a variety of low-cost and commercially available materials, with the system costing roughly US $6 per square meter overall. By using even cheaper materials, they suggested it could be made for about $2 per square meter. In contrast, solar thermal energy systems with optical concentrators that track the sun can cost as much as $200 per square meter.

Near-term applications for this solar receiver may include desalination and wastewater treatment. For desalination, the researchers would tweak the system to maximize production of lower-temperature water vapor and then develop a way to condense the vapor for collection. For wastewater treatment, the researchers would let the vapor dissipate into the atmosphere, «leaving behind smaller but more manageable quantities of concentrated waste,» Ni says.

For power generation, ways to pressurize the steam from this system need to be developed, says study senior author Gang Chen, a mechanical engineer at the Massachusetts Institute of Technology. «What we have demonstrated, however, will stimulate more work along this direction,» Chen says.

The engineers detailed their findings online today in the journal Nature Energy.