As part of President Obama’s all-of-the-above energy strategy to continue to expand domestic energy production, Secretary of the Interior Sally Jewell today announced the approval of three major renewable energy projects that, when built, are expected to deliver up to 520 megawatts to the electricity grid – enough to power nearly 200,000 homes – and to help support more than 900 jobs through construction and operations.

Since 2009 Interior has approved 25 utility-scale solar facilities, 9 wind farms and 11 geothermal plants, with associated transmission corridors and infrastructure to connect to established power grids. When built, these projects could provide more than 12,500 megawatts of power, or enough electricity to power more than 4.4 million homes, and support an estimated 17,000 construction and operations jobs.

Interior’s Bureau of Land Management (BLM) has identified an additional 15 active renewable energy proposals slated for review this year and next. The BLM identified these projects through a process that emphasizes early consultation and collaboration with its sister agencies at Interior – the Bureau of Indian Affairs, the U.S. Fish and Wildlife Service, and the National Park Service.
“The President has called for America to continue taking bold steps on clean energy,” said the BLM Principal Deputy Director Neil Kornze. “Our smart-from-the-start analysis has helped us do just that, paving the way for responsible development of utility-scale renewable energy projects in the right way and in the right places.” 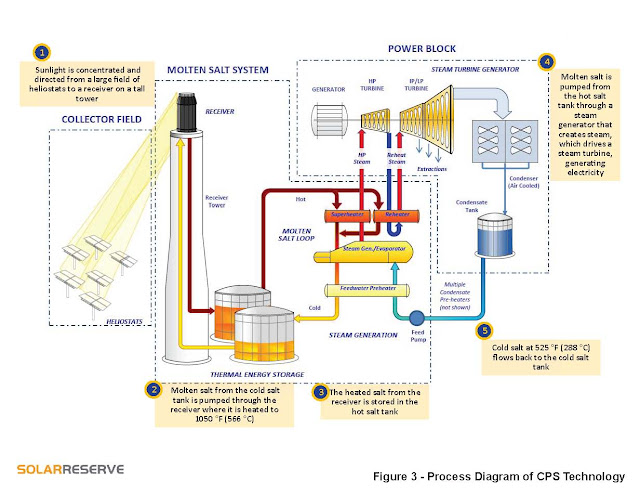 The Quartzsite Solar Energy Project will employ dry-cooling technology, which requires a fraction of the water needed for wet-cooling. The project is expected to create 438 jobs during peak construction and 47 full-time operations and maintenance jobs. When operational, the facility will generate enough clean power to meet the needs of an estimated 30,000 homes. Click here for a fact sheet on the Quartzsite Solar Project and here for a map.

The Midland Solar Project is a 350-megawatt solar photovoltaic facility. Proposed by Boulder Solar Power, LLC, the project will be built on private lands about 7 miles southwest from Boulder City, Nevada and will cross 76 acres of federal transmission corridor. The project will provide enough electricity to power about 105,000 homes and generate a peak construction workforce of about 350 employees and up to 10 permanent jobs. Boulder Solar Power, LLC worked closely with the BLM, U.S. Fish and Wildlife Service, and Nevada Department of Wildlife to develop monitoring and conservation measures that will avoid, minimize and mitigate potential impacts.

The project’s infrastructure, for example, was minimized to reduce ground disturbance. Less than 6.7 acres of native plant communities, which provide habitat to nesting migratory birds, will be eliminated as a result of the proposed facility. In addition, the project will obtain water from the existing Boulder City Public Works Department main pipeline, so that surface waters will not be diverted from areas of perennial flow or ephemeral washes, or from downstream habitats that depend on that water. Click here for a fact sheet on the Midland Solar Project and here for a map.

The New York Canyon Geothermal Project and electrical transmission facility will be built on 15,135 acres of land managed by the BLM about 25 miles east of Lovelock, Nevada in Pershing County. TGP Dixie Development Company, LLC, a subsidiary of TerraGen Power, LLC, will build the 70-megawatt project and associated 230-kilovolt electrical line. The project will provide enough electricity to power about 60,000 homes and create an estimated 150 peak construction jobs and 16 full- and part-time operational jobs. The BLM worked closely with its partners and stakeholders to minimize environmental impacts. For example, a Bird and Bat Conservation Strategy was developed to assess the area’s avian wildlife and reduce impacts on these populations. In addition, there are no listed, proposed or candidate threatened or endangered species present in the project area. Click

here for a fact sheet on the New York Canyon Geothermal Project and here for a map.