US may require 39 GW of Concentrated Solar Power to decarbonise

US may require 39 GW of Concentrated Solar Power to decarbonise

The full decarbonisation of the US power grid could require 39 GW of CSP capacity with thermal energy storage (TES) and potentially far greater levels, the US Department of Energy (DOE) said in a report published September 8. 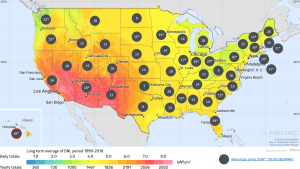 The U.S. currently has around 2 GW of installed CSP capacity, three quarters of which is in California. President Biden aims to fully-decarbonise the power sector by 2035, a hugely ambitious target that requires a rapid acceleration of solar and wind deployment.

US solar installations must quadruple to around 60 GW/year by the middle of the decade and 70 GW/year in 2031-2035 to reduce carbon dioxide emissions in the power sector by 95%, the DOE said in its study.

To fully decarbonise by 2050, more CSP and other storage technologies will be required to dispatch power overnight and during low solar and wind periods, the DOE said in its study.

«The technologies that provide firm capacity offer greater value to the grid,» the DOE said.

Under its decarbonisation scenario, «nearly 3 GW of the 28 GW of annual solar capacity additions during the 2040s are for CSP with TES,» it said.

The DOE also found that the power system costs of reaching 10% of power generation from CSP – some 98 GW of CSP capacity – would be only «slightly higher» than the least-cost decarbonisation scenario.

This indicates CSP could play a far larger role «if future conditions vary from the [decarbonisation scenario assumptions], it said.

The report assumes that the cost of CSP with 12 hours of storage falls to below $50/MWh by 2030, as set out under the DOE’s SunShot program. The DOE is funding the development of new third-generation CSP plants which can reach system temperatures over 700° C and achieve over 50% net thermal to energy efficiency. International CSP developers are also using new heat transfer materials and modular designs in a bid to cut costs.

Improvements in CSP technology will increase capacity factors and reduce upfront capital costs along with operations and maintenance (O&M) costs, the DOE said. 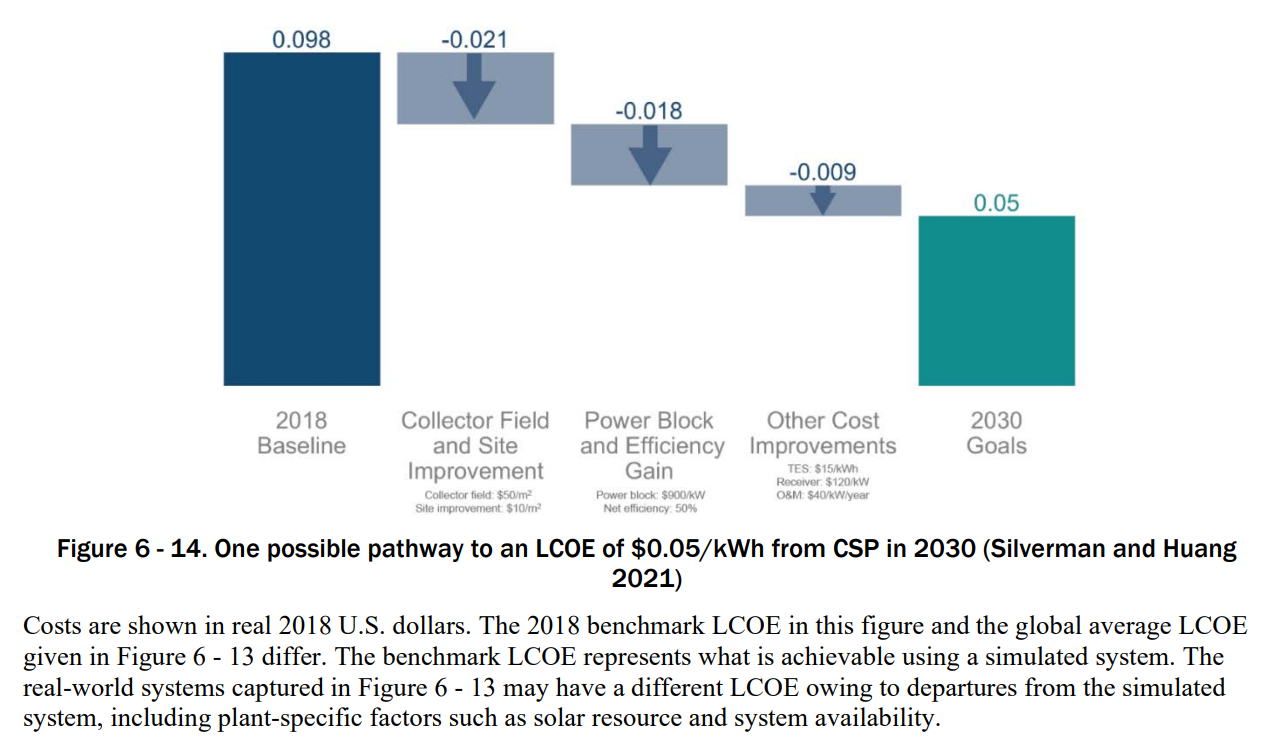 The US Sandia National Laboratories has created an online database of global CSP learnings in a bid to accelerate the commercialisation of CSP technologies.

Sandia commissioned its Solar Thermal Test Facility (NSTTF) in Albuquerque, New Mexico in 1978 and is currently building a next-generation CSP plant at the site using $25 million of funding from the Department of Energy (DOE).

The research team has catalogued and digitised six decades of CSP documentation and made them available to the public through an online digital archive, Sandia announced October 8.

The team also worked with global CSP colleagues to document historic projects in Germany, South Africa and Australia and hopes to expand the archive to include other countries, Sandia said.