The US Department of Energy announced on Wednesday that it would allocate new funding sources to develop solar desalination technologies that will enable the recovery of freshwater from otherwise unusable water resources, while reducing operational costs.

The Solar Energy Technologies Office of the US Department of Energy announced that it anticipates making available up to $15 million for seven to ten projects that study early-stage technologies, with the prospect of using solar thermal to reduce the cost of desalination. 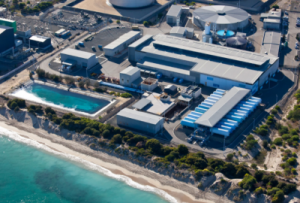 Electricity costs account for up to 50 percent of the operating expenses and require the plants to be connected to the grid.

Solar power, either in the form of electricity or thermal power, will give the opportunity to significantly reduce the cost of desalination while enabling the deployment of smaller, isolated and more portable systems.

«Solar desalination can not only be used in creating freshwater from saltwater, but also to clean wastewater from industrial processes”.

The selected projects that will receive funding will help improve established solar desalination technologies, and come up with low-cost designs for solar thermal and storage additions.

For example, projects that will attempt to address the challenges that municipal markets utilising seawater for desalination face, will need to succeed in offering solutions on how low-cost freshwater in high volumes can be produced.

The ones that will succeed will be tested in an integrated system to pilot commercial development opportunities.

The funding from the US Department of Energy will cover 50 to 80 percent of the costs, with the rest of the investment being expected to leverage private investment.

Some weeks ago, US DoE announced that it would award up to $50 million to make the US electricity grid more resilient to new technologies, including solar.