Will the US Demo Long-duration Energy Storage in Time?

Will the US Demo Long-duration Energy Storage in Time?

In a new study from Sandia National Laboratories; The Value of Long-Duration Energy Storage: Policy and Perception, researchers have published details regarding policies pertaining to long-duration energy storage (LDES), including feedback from  around 500 stakeholders. Respondents included representatives from utilities, governments, industry, academia, non-profits, and national labs. 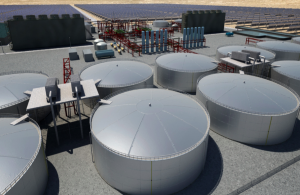 While for now, batteries are sufficient, the need for grid-scale storage over longer durations – over 6 to 10 hrs – will become crucial as intermittent renewables approach 2030 or 2040 ambition levels to meet many states’ climate goals. 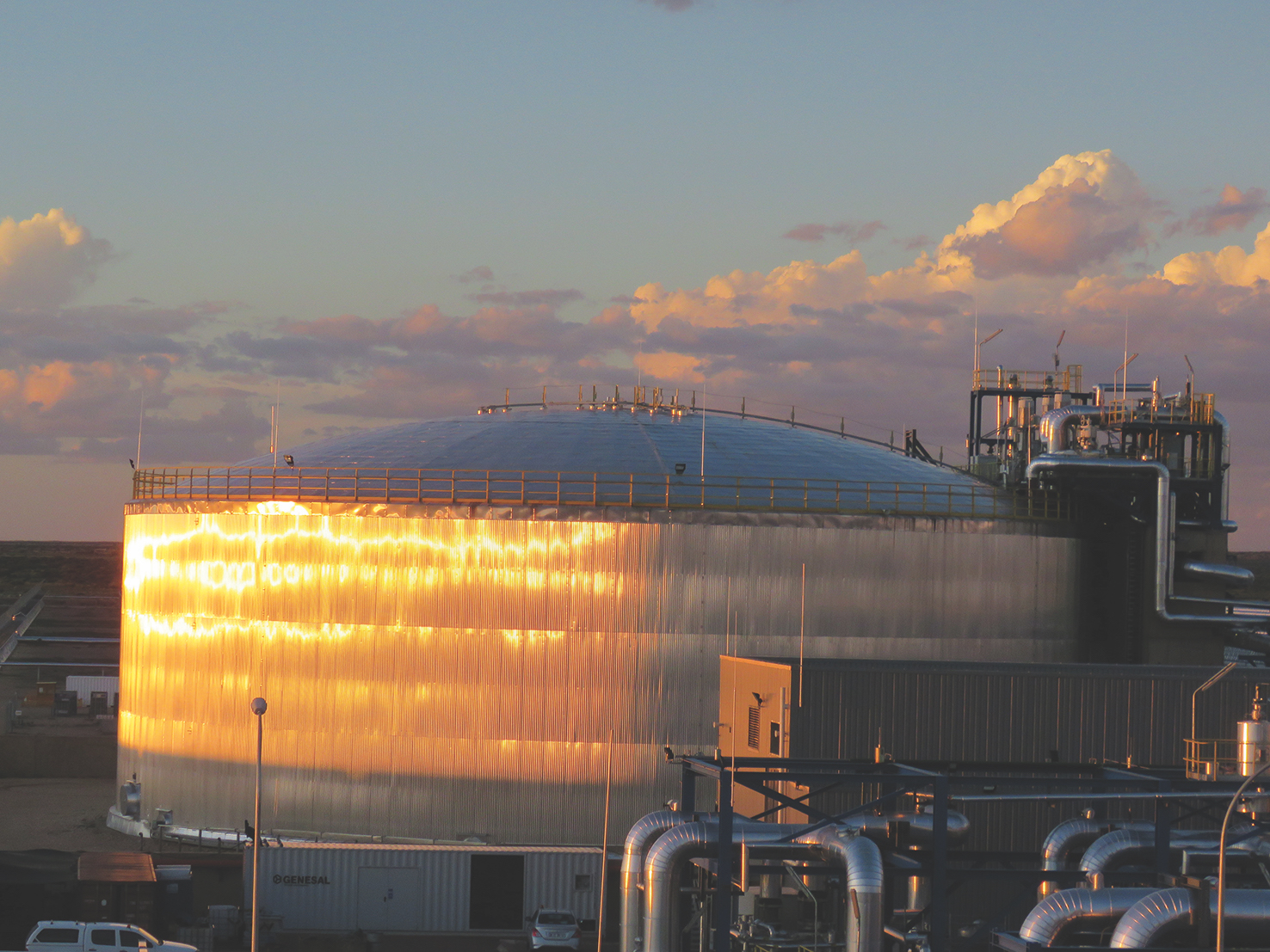 The participants cited use cases of interest that included firming of intermittent renewables and displacement of existing fossil-fuel assets, followed by seasonal storage, critical infrastructure, emergency response, and remote communities. But for developing cost-effective storage for longer durations, policy gaps persist in both federal and state markets.

With no policy support, there is no clear way for this crucial component to earn money – thus to attract investment. There is no marketplace designed to compensate long-duration energy storage comparable to the capacity payment earned by coal and natural gas assets that are paid to simply wait till needed to supply energy in a crunch.

The study evaluated key requirements to overcome these obstacles. In general, in states with a regulated market, LDES will need to be reliable, low risk and solve a grid problem by providing grid services: energy arbitrage, grid congestion relief, investment deferral, demand shifting, peak reduction, spinning and non-spinning reserves, support for the replacement of peaker units, and/or seasonal energy shifting.

In deregulated markets, LDES would also need to be low cost and make money, but there was little consensus about how, or who pays for services like deferring upgrades, or time-shifting loads.

The energy storage technologies identified by stakeholders included some that are commercially tested, like pumped hydro, thermal storage (in CSP plants), or compressed air energy storage (CAES) in caverns that utilities are familiar with. Stakeholders rated pumped hydro and electrochemical storage highest, followed by hydrogen, thermal, and CAES as technologies best suited for LDES. 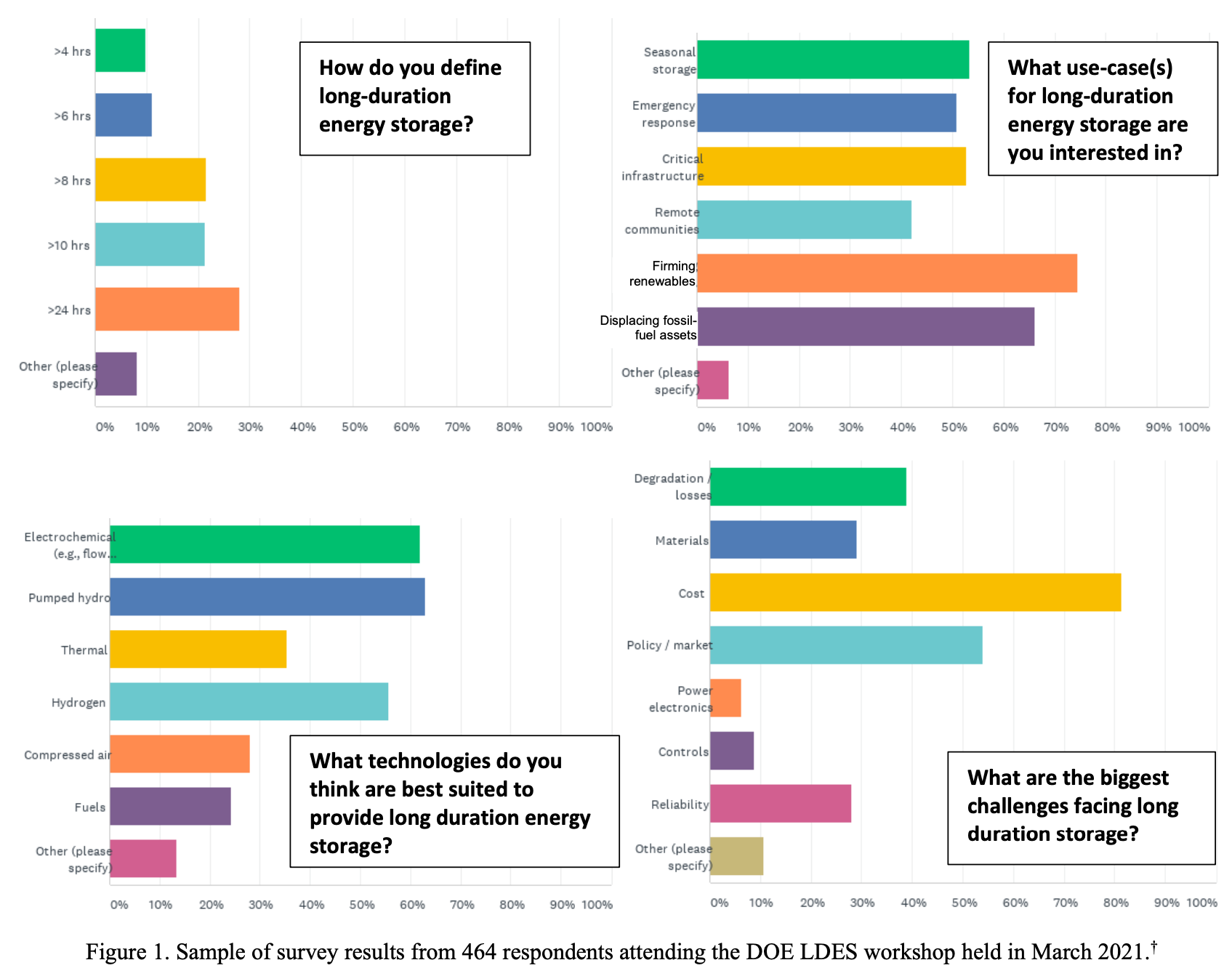 Currently, battery storage is used to meet short duration storage needs of 4 hours or less. But Sandia lead author Cliff Ho questions the notion that batteries could be deployed safely and economically to cover longer durations. “To increase storage capacity with lithium-ion batteries, you have to number up, and economically, that just becomes very expensive,” he said. “You don’t get any benefits of economies of scale, like with some of the bulk storage technologies.”

He explained that by contrast with batteries, with storage in bulk materials, you can simply increase the volume to increase the capacity.

“Whether it’s hydro or thermal, to double the capacity; you’re not numbering up. You’re increasing the volume of the bulk material; the molten salt or solid particles or whatever,” he explained. “Your containment gets bigger, but it’s not like doubling the number of batteries. What’s nice about thermal storage is that your performance should also get better as the system gets bigger. You have less surface area per volume the larger your tank gets. That’s relatively less surface area for heat loss. So, the bigger it gets, your relative performance actually improves as well. So, you get economies of scale both in terms of cost and performance.”

The need for demonstration plants is right now

There is some urgency, especially for states leading in solar and wind like California.
“A study by Strategen in 2020 for California basically said that by 2030 – roughly eight years from now, there’s going to be this immense amount of storage needed – 45 to 55 GW of long duration energy storage,” he said. “And total generation in California is about 80 GW; so 45 to 55 GW storage out of 80 GW! That’s substantial.”

The upshot is that in order to meet the estimated time when this LDES will be crucial to firm up intermittent renewables, demonstration projects would need to have been awarded about ten years earlier to de-risk the technology at scale.

“It’s a good opportunity and actually good timing for long-duration storage technologies to be demonstrated and proven in the next few years or so and then hopefully adopted as needed by the utilities,” Ho pointed out.

A branch of the US DOE has been set up as a new office of clean energy demonstrations. He said that the funding need for these demonstrations could run from the tens to the hundreds of millions of dollars in order to demonstrate them at pilot scale. As for the approximately 10 -100 MWh scale that would be needed to really de-risk these new technologies, each demo would need to store energy capable of producing from 1 MW to 10 MW for ten hours.

“One of the takeaways from the feedback was that, we need to have some more technology demonstrations to lower the risk of adoption. That came back pretty loud and clear,” he noted.

US funding of timely larger-scale demonstrations should also solve other key challenges in adoption by answering questions about uncertainties about costs, degradation losses, and the reliability of materials. But how could policies enable LDES by creating a market for them?

What policies are needed?

Though Sandia Labs is not in the business of prescribing policy, the study determined that there are few policies that define how long-duration energy storage can be monetized. Depending on how its value to the grid gets valued and monetized, specific policies will affect the ability to adopt long-duration energy storage. Policies could value LDES either within the energy market or the capacity market, and could pay for managing loads and transmission assets, preventing thermal overloads, and resilience. But these policies do not exist.