The Multilateral Investment Guarantee Agency (MIGA), part of the World Bank Group, has issued guarantees to Atlantica Yield PLC to cover the ownership and operation of the 100-MW KaXu Solar One concentrated solar power (CSP) park in South Africa. 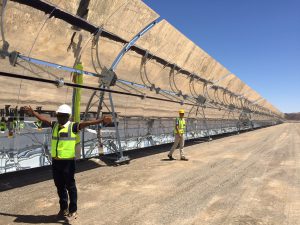 The guarantees are worth USD 98.6 million (EUR 88.5m) and are issued against the risks of Breach of Contract, future returns and investments into the project, MIGA said on Monday.

The project was awarded under the first round of South Africa’s Renewable Energy Independent Power Producer Programme (REIPPP) in 2011. Through the specific scheme, South Africa aims to install about 19 GW of renewables capacity by 2030.