The 100MW Rajasthan Sun Technique CSP plant will soon be commissioned, developed by Reliance Power. CPI’s case study finds that while the plant looks set to deliver some of the cheapest CSP power worldwide, India’s CSP policy as a whole has fallen short of its goals.

These investment costs translated into an electricity price of Rs 11.97 /kWh – 22 per cent lower than the Indian government’s CSP reference tariff set before the bidding (around 23 USD cents/kWh when the financing for the project was closed). With locally manufactured components making up 61-71 per cent of the plant according to CPI estimates, it also demonstrated the technology’s promise for meeting another of the Indian government’s goals: creating a CSP industry. 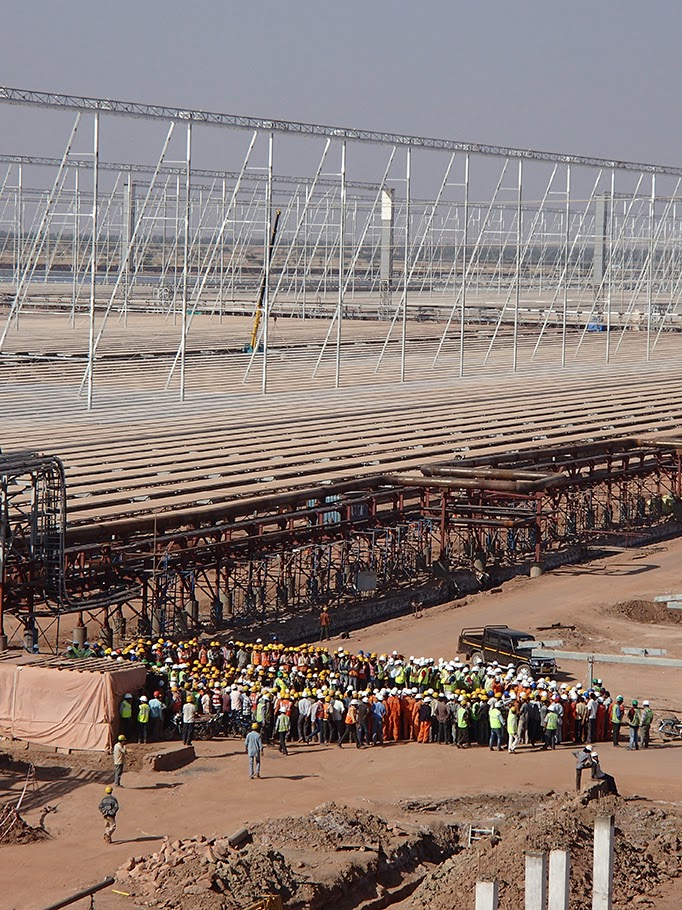 While the Government of India’s choice of a competitive reverse auction bidding process enabled it to drive down the cost of CSP power to among the lowest levels seen internationally, it may also have encouraged project developers to bid too low as financing and policy-related challenges faced by developers mean most plants are unlikely to be built. The study notes that only three projects of the seven tendered under the first phase of the India’s National Solar Mission are built or under construction and each of these three projects received long-term public debt and had financially strong developers, allowing them to take on much of the risk associated with building such innovative plants.

“The Rajasthan Sun Technique will be built at remarkably low cost,” said Barbara Buchner, Senior Director at Climate Policy Initiative. “However, our analysis shows that many developers will be unwilling or unable to take on the level of risk that Reliance did in this instance. Scaling up CSP in India will require additional international and domestic support if the Indian government is to realize its ambitions of becoming a global solar leader.”

In order to help India meet its CSP goals, Climate Policy Initiative suggests:
• If reverse auctioning is used for future scale-up of CSP in India, its design can be improved to increase the chances that winning bidders actually implement their projects through improving data on the available solar resource at the time of bidding, more realistic timelines for submitting bids and constructing plants, stricter enforcement of penalties for missing deadlines, and strengthening requirements for participating in the bidding.
• In the long-term, scale up of CSP in the country will require a shift to domestic investments, as development bank and export credit financing is limited. Policymakers can stimulate this transition by providing low-cost local public debt, building capacity at private banks, using credit enhancement tools, and setting up pilot projects for innovative technologies to improve investor confidence.
• Foreign debt is necessary for technology development in India in the medium term. There are policy approaches that could reduce its cost. Even though foreign debt is cheaper than local debt, hedging the currency exchange risk cancels out most of the cost advantage. Policymakers can address this by, for example, reducing foreign exchange risks by providing revenues partially in hard currency.