We are happy to announce that ESTLA is joining Solar Impulse Foundation to materialise climate neutrality and green transition targets for 2030 included in the EU Green Deal. The goal of this fresh initiative is to accelerate the energy transition effort and offer key policy-makers existing and ready-to-be implemented solutions at a national and local level. 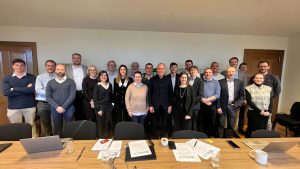 HOW?
Aiming to turn these talks into action and guiding Member States to reach their 2030 objectives, the new task force ESTELA is a part of hopes to inspire Member States to draft effective legislations in their upcoming National Energy and Climate Plans, allowing the unlocking of investments by describing the right incentives which could ultimately allow implementation of clean solutions.

WHY:
Besides fighting climate change, reaching a green transition, and allowing Member States to choose how they want to reach their own climate neutrality targets by 2030, another benefit will include ensuring energy security and price stability which has been increasingly uncertain in the past year.